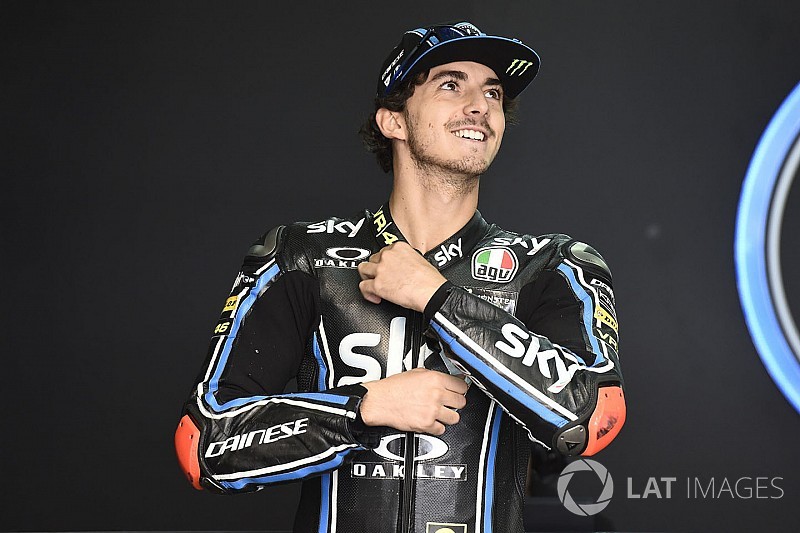 The 21-year-old, who is part of seven-time premier class champion Valentino Rossi's VR46 Riders Academy, had emerged as a favoured option for a Pramac ride after a strong rookie season in Moto2.

He was revealed to be in advanced talks with the Italian outfit last month, and will now head into his second campaign in the intermediate class with a MotoGP berth already secured for the following year.

A team statement confirmed Bagnaia "signed a contract directly with Ducati" and would be a Pramac rider in 2020 as well.

Bagnaia had spent four years in Moto3, emerging as a benchmark rider for Indian manufacturer Mahindra towards the end of his tenure as he scored two wins en route to fourth overall in 2016.

He was placed in Rossi's VR46 team for his Moto2 graduation and ended 2017 as the series' top rookie in fifth place in the standings.

Pramac will field a Ducati Desmosedici GP18 for Danilo Petrucci and a GP17 for newcomer Jack Miller in the upcoming MotoGP season.

Neither has a contract past 2018, but while Miller is widely expected to stay on, Petrucci has already confirmed he and Pramac will split after four seasons together.

While most MotoGP seats are yet to be firmed up past the current season, Bagnaia joins a growing list of riders who have their post-2018 futures secured.

Rookies Franco Morbidelli and Xavier Simeon have multi-year deals with their respective teams – Marc VDS Honda and Avintia Ducati – as does the Honda-contracted Cal Crutchlow at LCR, while Maverick Vinales' new Yamaha agreement runs to 2020.