Ducati’s Francesco Bagnaia believes MotoGP needs to adopt a superlicence system as seen in Formula 1 to better manage the talent coming into the premier class.

Bagnaia made these comments in response to the incident involving Darryn Binder in Sunday's Moto3 Algarve Grand Prix, in which the MotoGP-bound South African controversially wiped out title hopeful Dennis Foggia on the last lap while trying to overtake another rider.

Binder – younger brother of double MotoGP race winner Brad – will make his MotoGP debut in 2022 at the RNF Yamaha team, despite winning just one race in his seven seasons in Moto3.

The younger Binder has developed a reputation for his aggressive riding in Moto3, and has earned the nickname 'Divebomb Darryn' by commentators.

F1 currently operates a superlicence system, whereby a driver must have earned a set number of points based on results in junior categories before being allowed to race in F1.

When asked what he though about the Binder/Foggia incident, which ended the latter's Moto3 title hopes, Bagnaia said: "I think that like in the car championship, we need a superlicence.

"Just if you are doing something [good] in your championship you can move to the next level.

"And today what we saw is normality, because we have seen a lot of crashes like this from him [Binder].

"So, I know that it's not correct to say it about another rider, but this rider next year will be with us [in MotoGP] and I hope that [incident] will not happen. But it's something they have to think on, I think."

A number of riders agreed with Bagnaia's suggestion, though Valentino Rossi – who has been critical before about riding standards in Moto3 and how they've filtered up into MotoGP – doesn't believe a superlicence will address the fundamental issues with riding in Moto3.

"What happened in the race, I think it's not funny for Foggia, because to finish the championship like this is difficult," Rossi said. 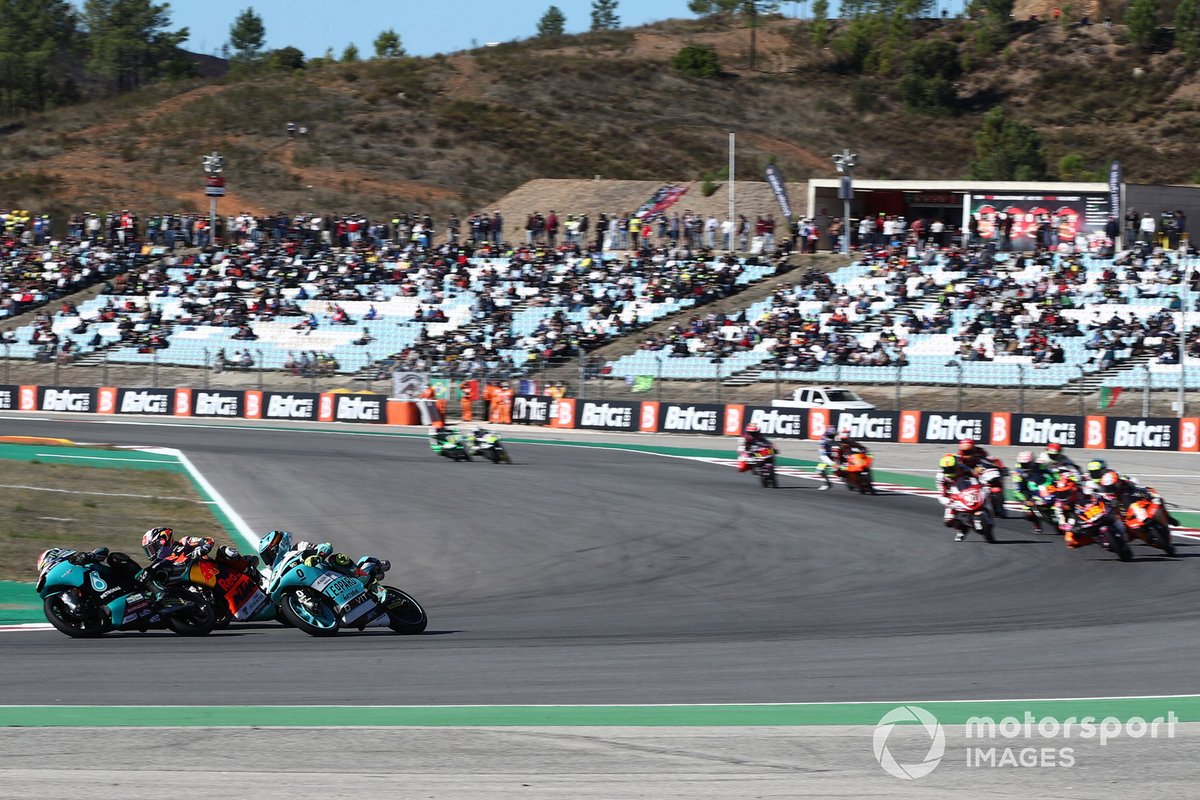 "I don't know for the superlicense, but I think we have some riders – like for example Binder – who are always very, very, very aggressive and sometimes they make some mistakes like this and it's not fair on the others.

"But this is rider by rider [this problem], so for the superlicense I don't know sincerely."

Yamaha's Franco Morbidelli agreed a superlicence could be an option, but stressed that not every great rider coming through necessarily has a strong set of lower class results – specifically highlighting 2021 MotoGP world champion Fabio Quartararo being signed by SRT for 2019 despite winning just once in Moto2.

Ducati's Jack Miller also felt like concerns over Binder bringing that aggressiveness to MotoGP weren't necessary, noting that all riders can make the mistake he did in the Moto3 race.

"I mean, what can I say? I did the same thing like Darryn [coming straight to MotoGP from Moto3]," Miller said.

"Mistakes can happen, incidents happen. Contact is one thing, I understand, but there has to be a margin for sure.

"I 100% agree, what happened today in Moto3 was not nice for all areas – for Foggia, but also for Pedro, because I think it takes away from what he's done this season as a rookie.

"I feel like he had a lot of margin towards the end of the race and this robbed him of the chance to fight for his championship.

"These things can happen, but am I nervous or am I worried? I don't think so, because MotoGP it's another level, I don't think we need to worry about that."