© 2021 Motorsport Network. All rights reserved.
TV Buy tickets Store
Previous / Espargaro feels he has "never been so inconsistent" Next / How Bagnaia can do what his mentor couldn't at Ducati
MotoGP / Breaking news

Ducati has announced it has chosen Francesco Bagnaia to replace the outgoing Andrea Dovizioso for the 2021 MotoGP season, while Johann Zarco steps up to Pramac as a works rider. 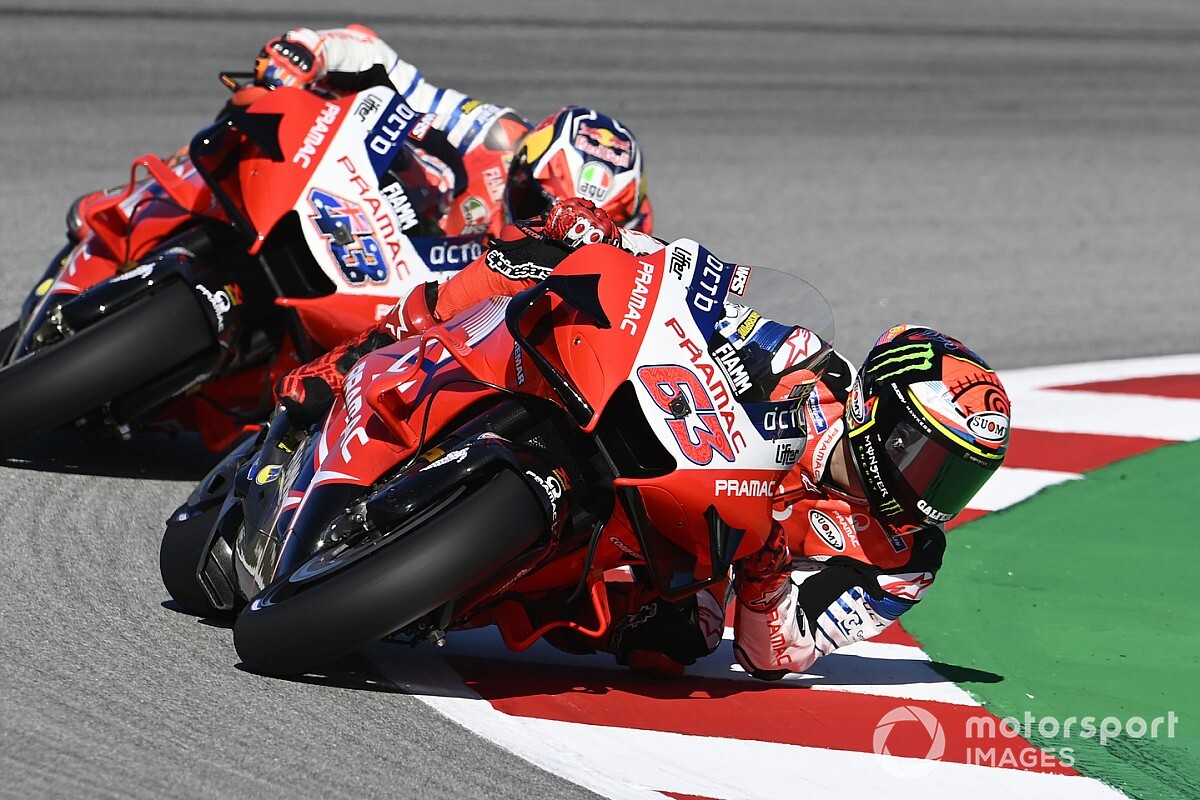 Dovizioso announced during the Austrian Grand Prix weekend in August that he would not be extending his stay with Ducati beyond the 2020 season.

Numerous names quickly entered the frame for his spot alongside Jack Miller, with the latter’s current Pramac teammate Bagnaia and Avintia rider Zarco the favourites - while three-time MotoGP champion Jorge Lorenzo “proposed” himself for the seat.

Bagnaia has arguably been the strongest Ducati rider this season, having been set for a podium in the Andalusian GP until a mechanical issue robbed him.

He finished second in his return from a three-race absence through injury at the San Marino GP and was on course to win the following week’s Emilia Romagna race before crashing out of the lead.

Signed to join Ducati and Pramac at the start of 2018 ahead of his title-winning run in Moto2, Bagnaia – currently 13th in the standings – will make the step to the works squad in 2021.

“I chose to be a Ducati rider even before being the Moto2 World Champion in 2018 and they chose me even before knowing that one day I would become one,” Bagnaia said.

“This was our bet, because up until that moment I had always been a fast rider, but I didn't have anything concrete in my pocket: Ducati decided to believe it even before everyone else.

“My MotoGP debut was not easy, but at Ducati they never questioned me: they gave me all the support and confidence a rookie needs and they let me experience in 2019.

“I listened to them, I trusted them, together we learned to know and understand each other, and now we form a great team.

“They taught me a working method that allowed us to take great satisfaction and I think it's just the beginning.

“Today I am the happiest person in the world, for me it is a dream come true: being a factory Ducati rider has always been my ambition and I have succeeded together with all those who have always believed in me even when things did not go right.”

Zarco signed directly for Ducati to join Avintia – having initially rejected the proposal - last November at the end of a difficult 2019 in which he quit KTM, fielding year-old GP19s with some technical support from the factory.

He scored pole position and a third at the Czech Grand Prix on the bike, putting himself firmly in the frame for a promotion.

Currently 15th in the points, Zarco will join Moto2 frontrunner Jorge Martin at Pramac as a fully-supported works rider on current-spec machinery.

Moto2 title contender Enea Bastianini will step up to MotoGP next year with Avintia, though an official confirmation of this has not been made yet.

Dovizioso has no “plan B” for his 2021 season, though has been linked to Aprilia, while Danilo Petrucci will join the KTM-backed Tech 3 squad next year.