Ducati’s Francesco Bagnaia says his drink-driving incident in Ibiza last month is “not something that can compromise my mindset for racing” ahead of the MotoGP British Grand Prix.

The Italian was involved in a road traffic accident in Ibiza following June’s Dutch Grand Prix.

The Ducati rider had been out partying with friends to celebrate his Assen victory when he crashed a Citroen road car while over three times over the legal alcohol driving limit in Spain.

Bagnaia was the only person involved in the incident and later issued an apology on his social media channels – though he later deleted the statement from his Instagram account.

Ducati has made no comment on the matter since it was first reported in Spanish media.

While Bagnaia could face a suspension of his driving license in Spain, he has not received any sanctions that will affect his racing.

When asked on Thursday at Silverstone ahead of this weekend’s British GP, Bagnaia told the assembled press that he had nothing more to add on the matter and said it hadn’t impacted his mindset in terms of his racing.

“Yeah, I already said on my social channels what I was thinking about,” Bagnaia said. “I already posted it three, four weeks ago, that moment.

“For sure it was something that didn’t touch MotoGP. It’s not something that can compromise my mindset for racing. It was easy to think about MotoGP after what happened because it was a mistake, it was an error.

“But unfortunately it’s something that can happen and I did a mistake. So, I understand.” 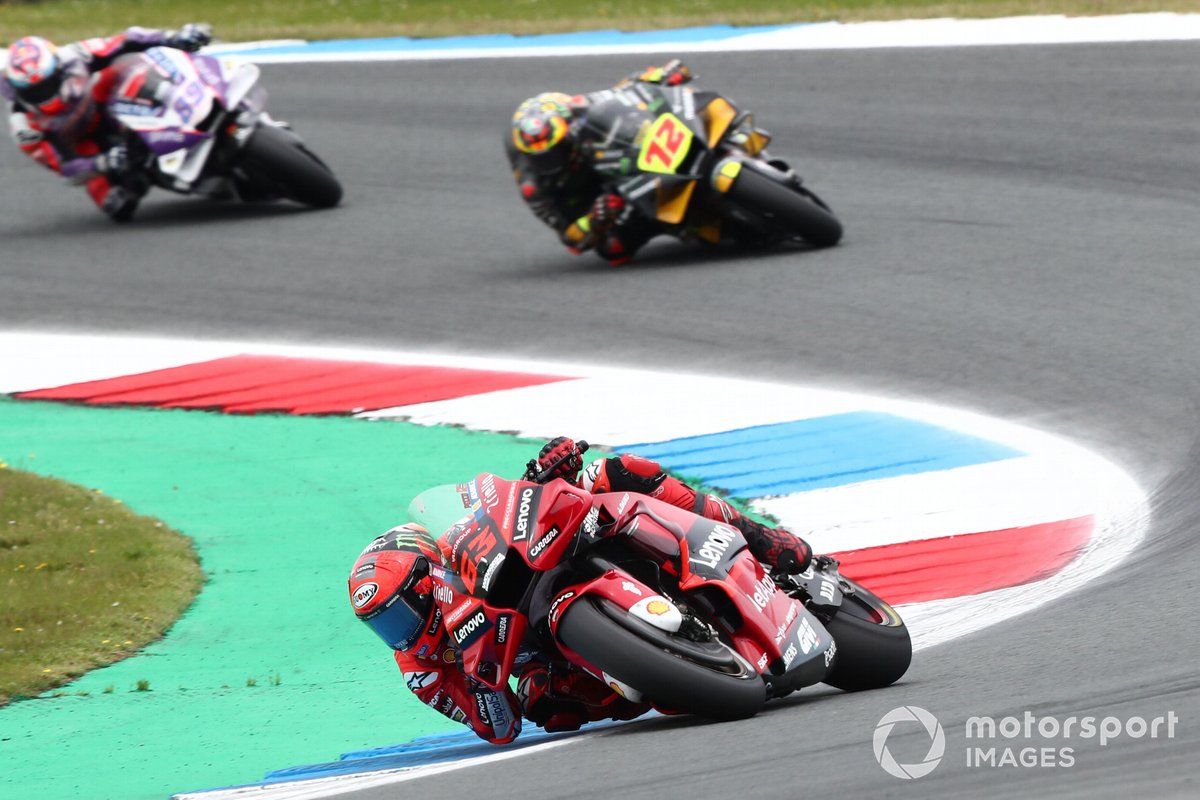 When pressed on whether he would understand a penalty if MotoGP or Ducati handed one to him, as has been the case in other sports in similar instances, his teammate Jack Miller interjected in an awkward exchange...

“What other sports?” Miller said. “We’re not even talking about that anyway. It’s just bringing up negativity we don’t need to bring up. He said what he said, and that’s it.”

Over the years there have been a number of high profile names in sport who were handed competition bans for drink-driving offences.

One of the most notable cases was that of decorated Olympian Michael Phelps, who was suspended by Swimming USA for six months back in 2014.

UK racing governing body Motorsport UK demands that anyone of its licence holders who have been caught drink-driving must notify it, whereafter their racing license is suspended.