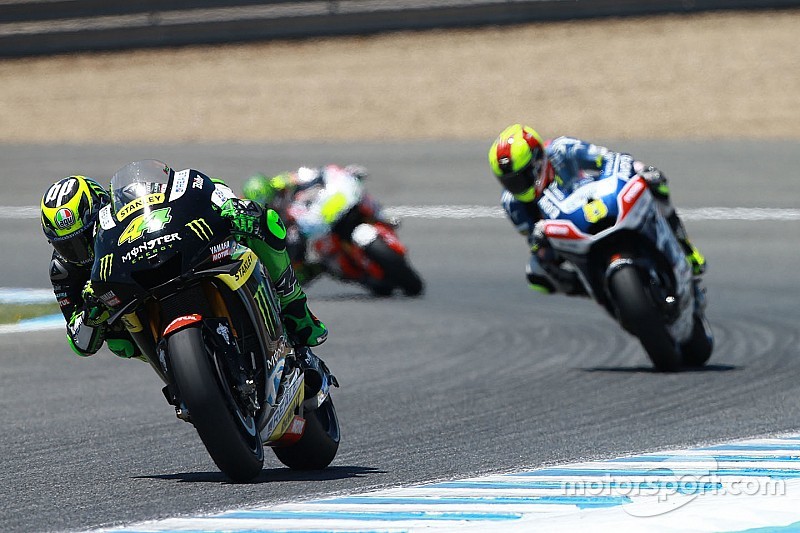 Pol Espargaro could switch from Yamaha to Ducati next season, if the Avintia squad can convince the Spaniard to join the team for the 2017 MotoGP season.

Avintia, which currently campaigns a pair of Ducati GP14.2 machines for Hector Barbera and Loris Baz, has already began talks with the younger of the Espargaro brothers, who also has an offer from KTM on the table, as well as the chance to stay at his current Tech 3 Yamaha team.

If the Avintia deal comes through, Espargaro - who is in his third season in MotoGP - has the intention of signing with Ducati as a factory rider, even if he competes with a satellite team.

The team is aiming to field two 2017-spec Desmosedici bikes next year, something that will also benefit Barbera, the other rider in the squad.

While Espargaro's contract would be directly with the Borgo Panigale manufacturer, Barbera's would be with Avintia.

This is the same formula that exists right now at Tech 3, where Bradley Smith has a deal with the French outfit while the Spaniard is linked with Yamaha.

"Ducati likes Pol," Ducati sporting director Paolo Ciabatti told Spanish daily AS. "It would be a good option to offer him a factory contract and make him race with Avintia, and see if the team can grow.

"Both he and Barbera would have a GP17 like the one used by Lorenzo and Dovizioso."

Espargaro's team is understood to be delighted with this possibility, although the talks have not led to a firm offer as of yet.

"We have three options, and we will decide what to do over the next few days," Espargaro's manager Homer Bosch told Motorsport.com.

"We will probably announce [our decision] before the Catalan Grand Prix."