Avintia in talks with six riders for 2018 MotoGP seats 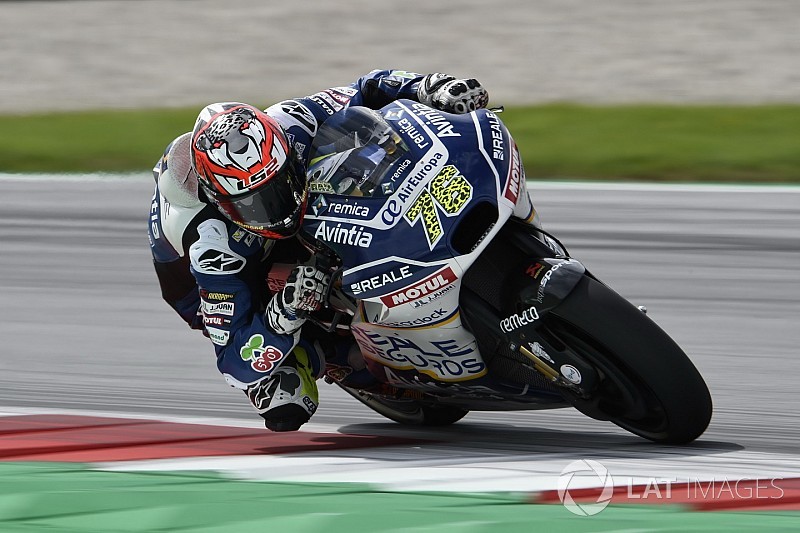 As many as six riders are in contention for the two seats at Avintia Ducati for the 2018 MotoGP season, Motorsport.com has learned.

With Scott Redding set to replace Sam Lowes at Aprilia next season, only four seats are yet to be filled on the 2018 grid, discounting the extra LCR Honda bike expected to go Takaaki Nakagami.

Two of those vacancies are at Avintia, which runs Hector Barbera and Loris Baz on its two satellite Ducatis, Barbera on a GP16 and Baz on a GP15.

Team boss Raul Romero explained that the team is in negotiations with four other riders to join the team, although he didn't rule out the possibility of the incumbents staying on board.

“We have two vacancies and four [other] possible riders interested in our bikes," Romero told Motorsport.com. "Besides, Barbera and Baz could sign again with us.

“We are discussing with Tito Rabat, Xavier Simeon, Mika Kallio and Yonny Hernandez. I’ve spoken to all of them and they already know what I’ve asked of them. They are the ones in a rush, not me."

Marc VDS Honda rider Rabat is the only current MotoGP full-timer in the aforementioned quartet, and has been linked with a move to the Spanish team for some weeks.

Kallio is currently KTM's main tester, but with ambitions to return to being a full-time race rider, while Hernandez lost his Aspar Ducati seat last year and spent the first half of the 2017 campaign in Moto2.

Belgian rider Simeon has been a regular in Moto2 since the category's formation in 2010, with a single victory and a best championship position of seventh in 2015 to his credit.

"My management is talking with Avintia, just seeing what opportunities there are," Simeon told Motorsport.com this weekend.

"[Going to] MotoGP would be good for me and also for the Belgian fans. Nothing has been decided, we are just seeing our options."

Abraham set to continue at Aspar

While Avintia's plans remain up in the air, it seems certain Karel Abraham will continue at the Aspar squad for a second season, and he could sign a fresh agreement with the team this weekend.

The Czech rider equalled his best-ever MotoGP result at Assen, where he finished seventh. He is now 17th in the standings after having scored 23 points, 21 fewer than teammate Alvaro Bautista.

Abraham will use a two-year-old Ducati GP16 bike next year, while Bautista gets a 2017-spec machine.