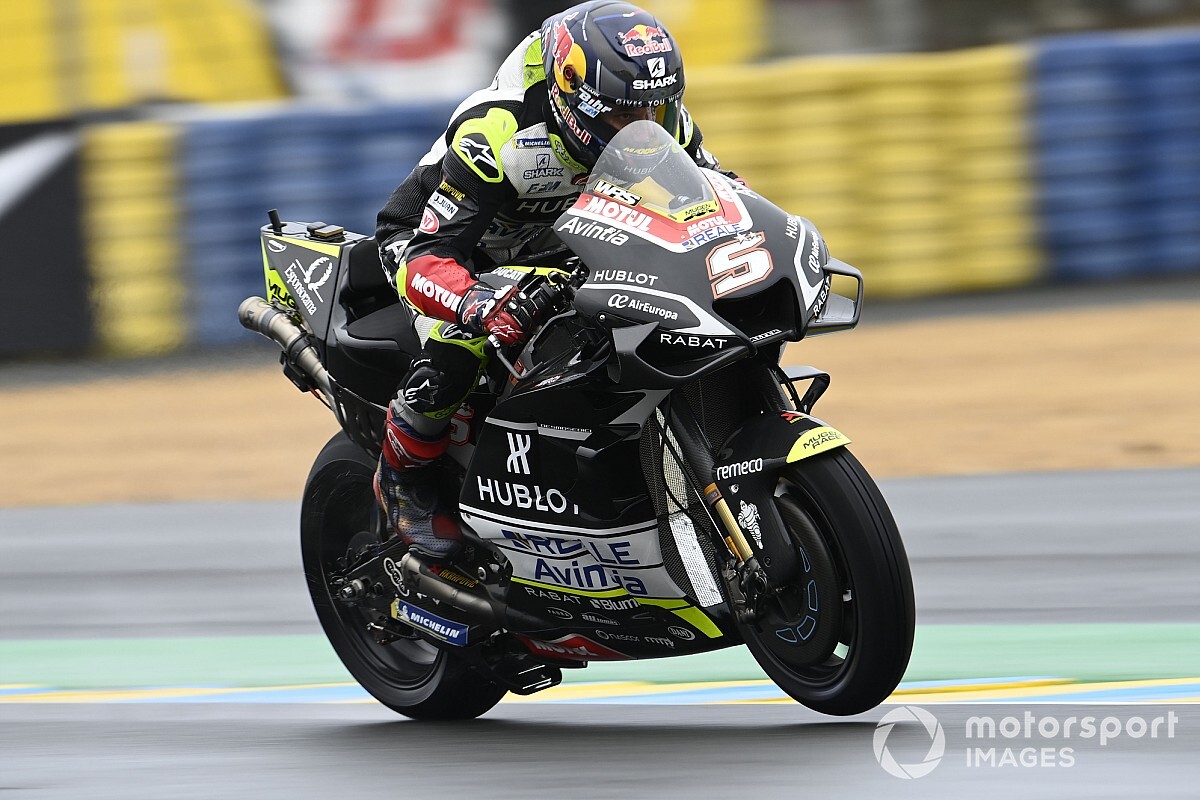 Speculation has been around for some time that current Moto2 points leader and half-brother of Rossi Luca Marini will step up to MotoGP next year, taking Tito Rabat’s place at Avintia despite the Spaniard having a contract in place for 2021.

During the French Grand Prix weekend, reports in the Italian press stated VR46 intended to take over Avintia’s two grid slots next year, with team manager Ruben Xaus confirming the outfit was for sale.

“We changed many things, the team raised up to a point and we’ve seen it’s difficult to renew those places, we don’t have a real big budget, it was time to move apart, give the keys to somebody else,” Xaus said to Dorna’s world feed on Saturday.

“Raul himself has seen that, he’s 50 and has two kids in Andorra and is having a good life there doing many things.

“He offered the situation to the organisers and to a few investors and it seems the approach of somebody else to the team is there and the possibility is on the table.”

Avintia’s current contract with MotoGP promoters Dorna Sports does expire at the end of next year, as do the rest of the independent teams’ contracts.

But Romero has told Motorsport.com he will continue with the Avintia project in 2021, but confirms he will “not renew with Dorna” in 2022.

As for the possibility of Marini replacing Rabat, Romero says Rossi – like Rabat currently – will have to either pay for the ride or secure sponsorship for Marini to take to Avintia.

“Whoever wants to get on the bike, pay [for it] or bring a sponsor,” Romero told Motorsport.com.

“The same as when Tito came, or the same as [Karel] Abraham or [Xavier] Simeon came in his day.

“For his [Rossi’s] brother to run, he doesn't have to buy the seats, he just has to pay for the bike.

It has long been thought Rossi’s VR46 team will be granted two grid slots by Dorna in 2022, which means a takeover of another team in 2021 wouldn’t make much financial sense.

Moto2 title hopeful Enea Bastianini is set to join Avintia next year in place of Pramac-bound Johann Zarco, though his deal – which is yet to be made official – is directly with Ducati rather than Avintia.