Jamie Klein rates the key players in the MotoGP field after a milestone Austrian Grand Prix, in which Ducati finally capped a lengthy winless streak with a 1-2.

After a virtually barren three races, it was imperative that Lorenzo put an end to what he called his “black period” in Austria to keep any realistic title chances alive – and that’s exactly what the reigning champion did with a solid third place finish, the maximum that was realistically achievable given the superiority of the factory Ducati riders at the Red Bull Ring. 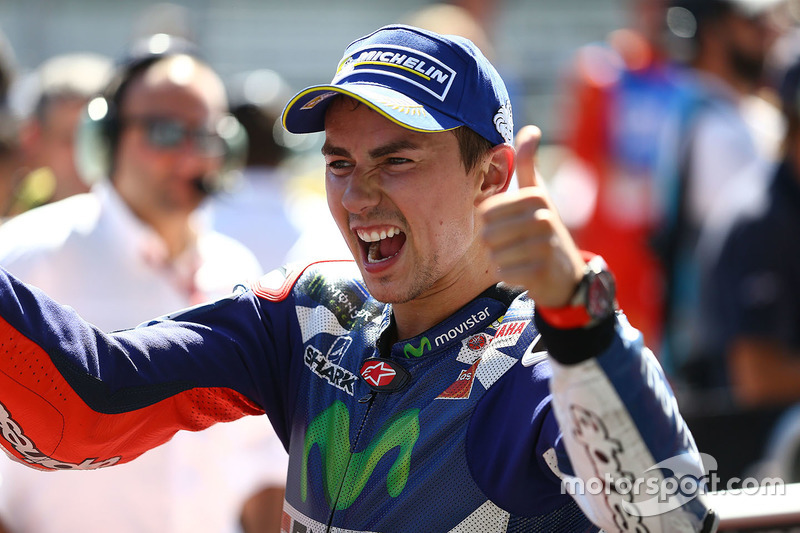 The Italian stunned in qualifying by splitting Iannone and Dovizioso, but got shunted back to fourth early on in the race. From there, he got stuck behind teammate Lorenzo in the fight for bronze, later admitting that an overtake would’ve been too risky. Given Rossi had the slight edge in qualifying and Lorenzo in the race, it only seems fair to award the two Yamaha men the same score. 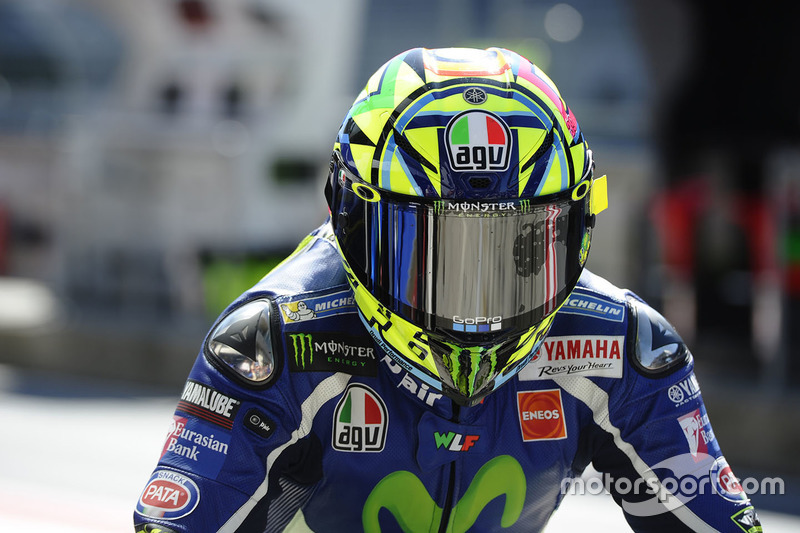 Lucky to escape his FP3 crash without serious harm, but from thereon it always seemed as if the Austrian race would be about damage limitation for Marquez. Did well to stay within a second of the lead for 10 laps on the recalcitrant Honda, but never really looked like bettering fifth even before dropping back at an alarming rate in the second half of the race. 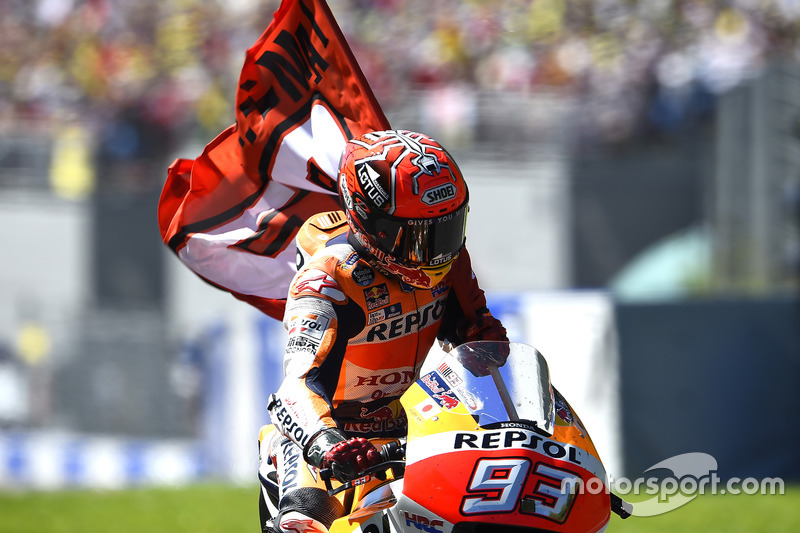 Struggled with a lack of front tyre heat on a chilly Friday, and while he did enough to book his place in Q2, Pedrosa had little excuse for qualifying 12th behind the likes of Barbera and Laverty. Losing time battling such riders in the early stages cost him any hope of keeping up with Marquez in the race, even though he posted some respectable laptimes in the latter stages. 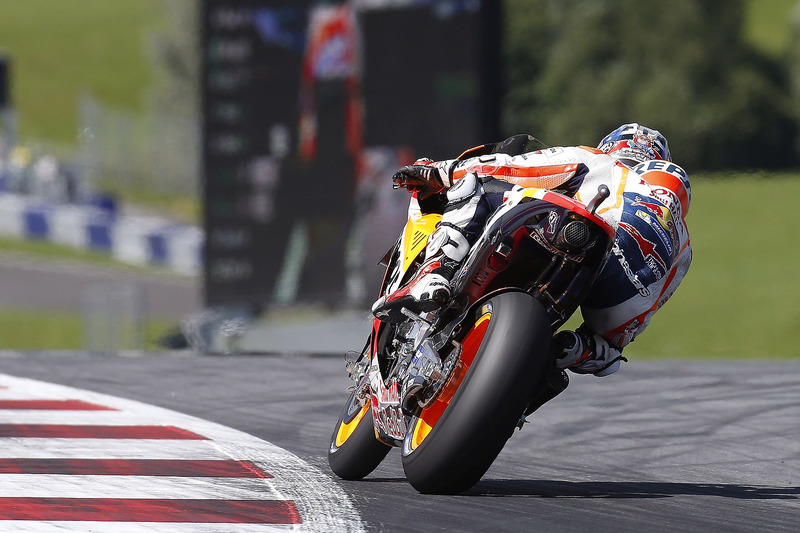 Dovizioso’s seven-year wait for an elusive second premier class victory continues, as the Italian veteran failed to take full advantage of the opportunity afforded by his machinery’s clear superiority. Rued his tyre choice after finishing second to teammate Iannone, but the reality is that the younger Andrea had the legs on ‘Desmodovi’ for just about the entire weekend. 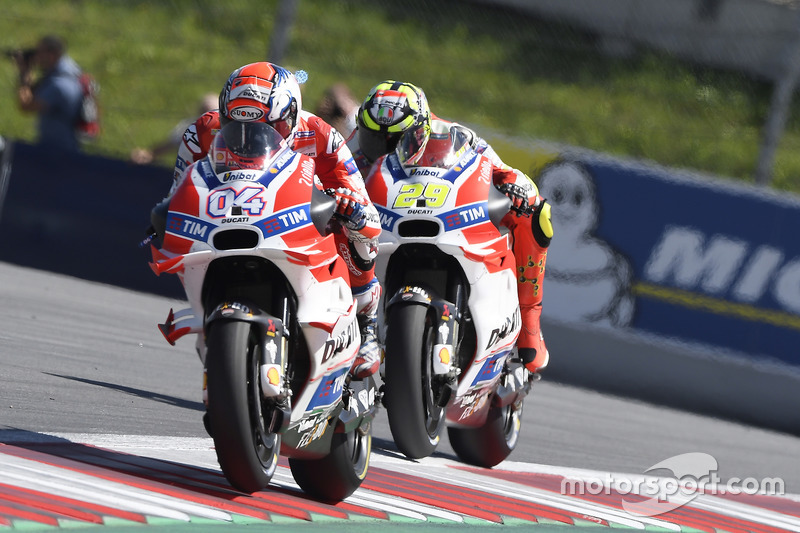 After he had taken plenty of criticism this season (not least from Eugene Laverty on Friday), it was refreshing to see ‘The Maniac’ finally silence his critics with an expertly-judged ride to a maiden MotoGP victory on Sunday. An inspired (if last-minute) choice to go with the soft rear tyre helped his cause, but even without this, it’s difficult to picture him missing out on the top step of the podium. 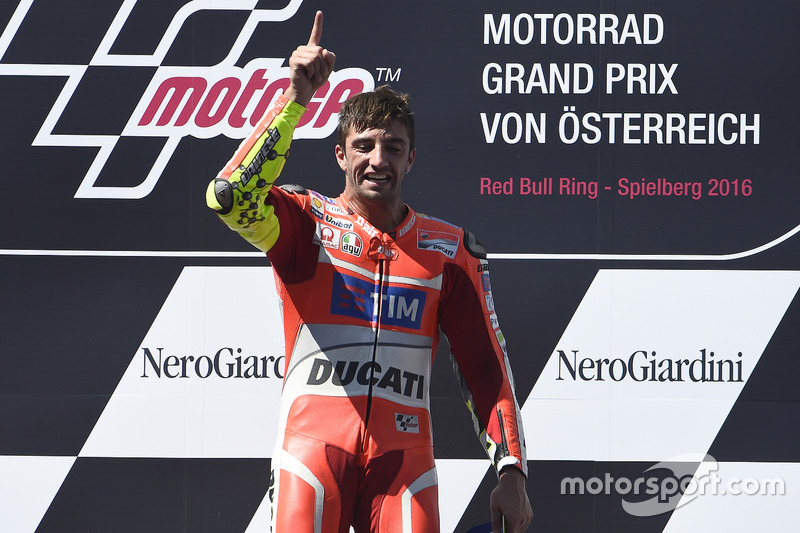 Yet another race where Vinales outperformed his Suzuki bike, which suffered from its usual problem of a chronic lack of grip in the latter stages. This was a particular penalty around a circuit where acceleration is king, putting him 14 seconds off the lead at the chequered flag, but the Spaniard deserves credit for keeping up with the leading group for as long as he did. 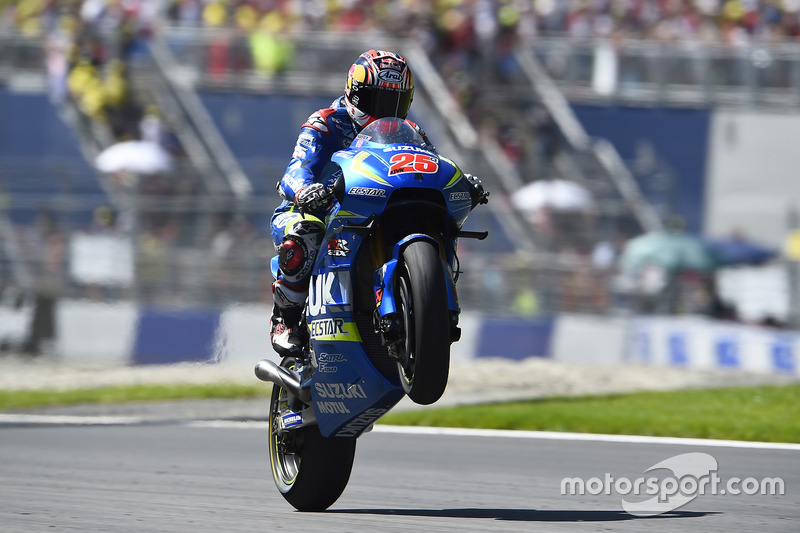 The Austria weekend never really got going for Espargaro, who fractured his finger in a crash in second practice on Friday. Did well to qualify ninth with a considerable dose of painkillers, but the injury was a bigger issue in the race – as his Suzuki started to move underneath him more, so the pain increased, to the extent he had to give up with a handful of laps to go. 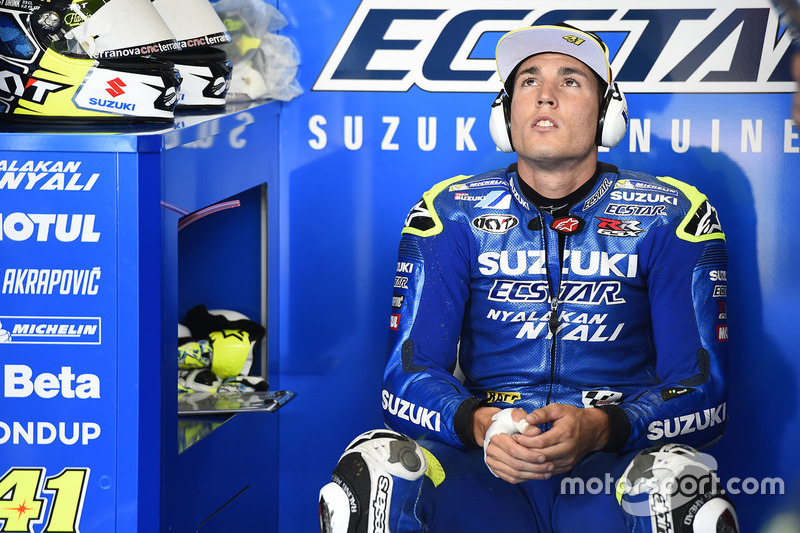 The LCR Honda man made qualifying harder work than it needed to be, crashing out in third practice and having to fight his way through Q1 – ultimately ending up a very respectable seventh on the grid, just a tenth behind Marquez. Sadly, all that effort was for nothing when Crutchlow jumped the start, after which nothing more than a single point was possible. 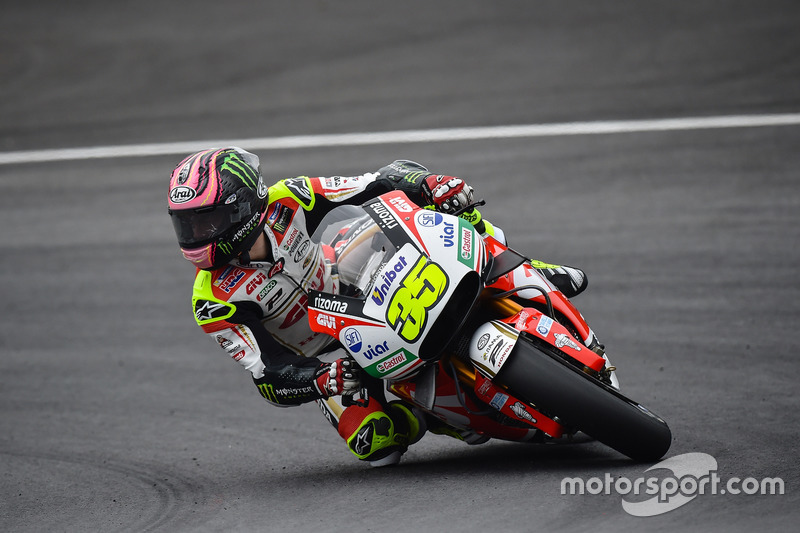 One of Smith’s better outings of a largely miserable 2016 campaign, as he both outqualified and outraced Tech 3 teammate Pol Espargaro en route to a ninth place finish, just missing out on the honour of top independent runner to Scott Redding. He later explained the team had over-fuelled his bike by around 10 percent, but this is unlikely to have cost him more than one place. 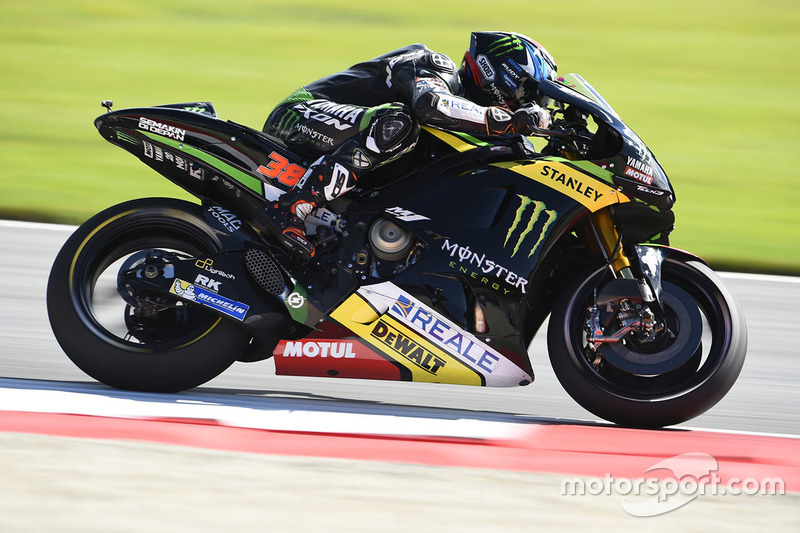 We’ve become accustomed to the younger of the Espargaro brothers having the edge in the Tech 3 duel this season, so it was something of a surprise to see Pol lag eight seconds behind Smith in the race, having started from his worst grid slot of the year in 15th. Still, he at least banked solid points on a day where other leading satellite entries suffered. 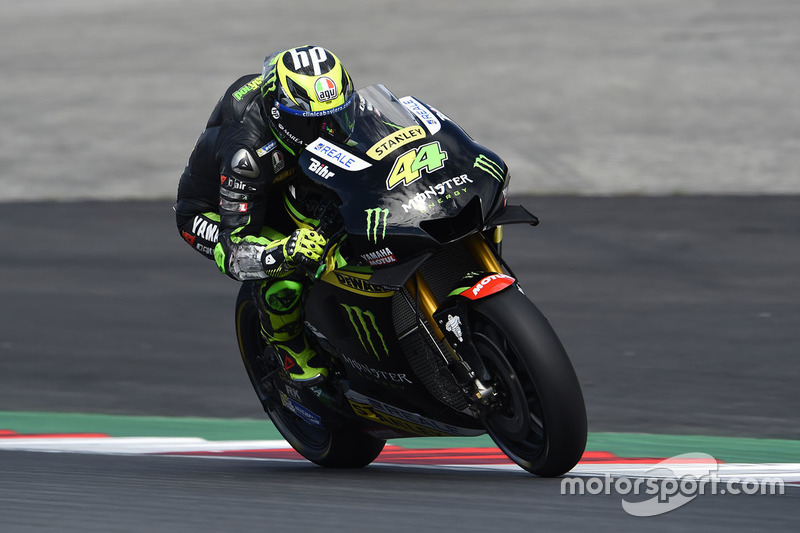 From the outset, it was clear that the Pramac Ducatis lacked the pace of their factory cousins, but this didn’t stop Redding from producing the goods when it mattered. The Briton secured his second-best grid slot of the year in eighth, and after losing a few places at the start he recovered to finish in the same position, just fending off Smith. Hard to see how he could have done much more. 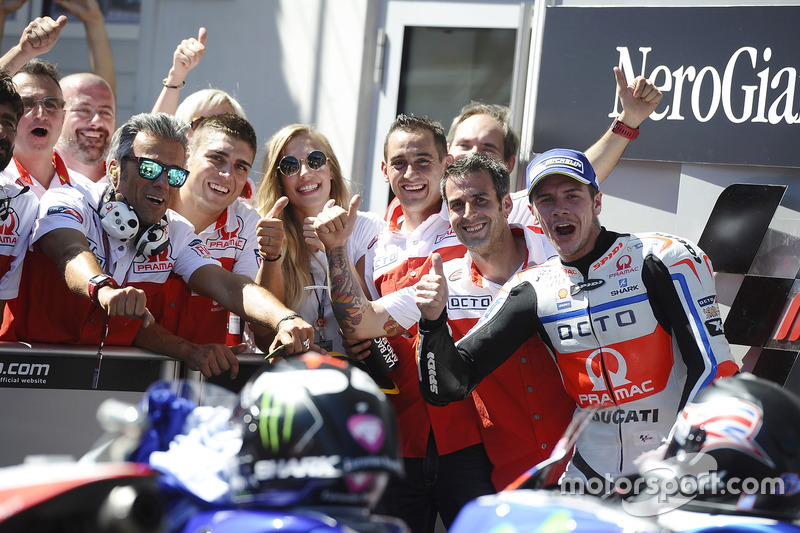 This was by some distance Petrucci’s worst showing since his comeback from injury, even before his last-lap crash with Laverty, for which he was docked three places on the grid for Brno. Struggling with set-up all weekend, he missed out on making Q2 for the first time this year, and spent the entire race outside the top 10 before wiping out Laverty in their fight for 11th. 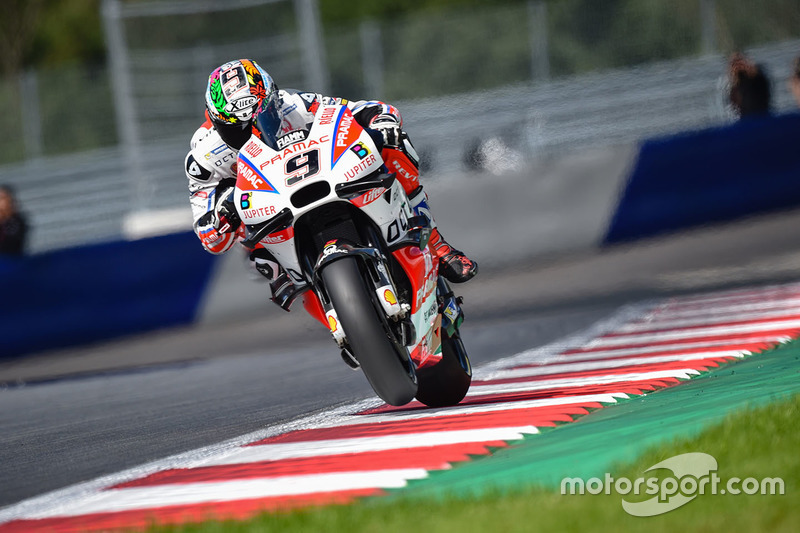 Oh dear. Jumping the start is one thing, but ending up with a black flag for failing to serve a ride-through penalty is pretty much unforgivable, particularly for a rider of Barbera’s experience. He claimed his bike’s dashboard display had malfunctioned, but even so – the reality is that another top eight finish was there for the taking, and he uncharacteristically wasted the chance. 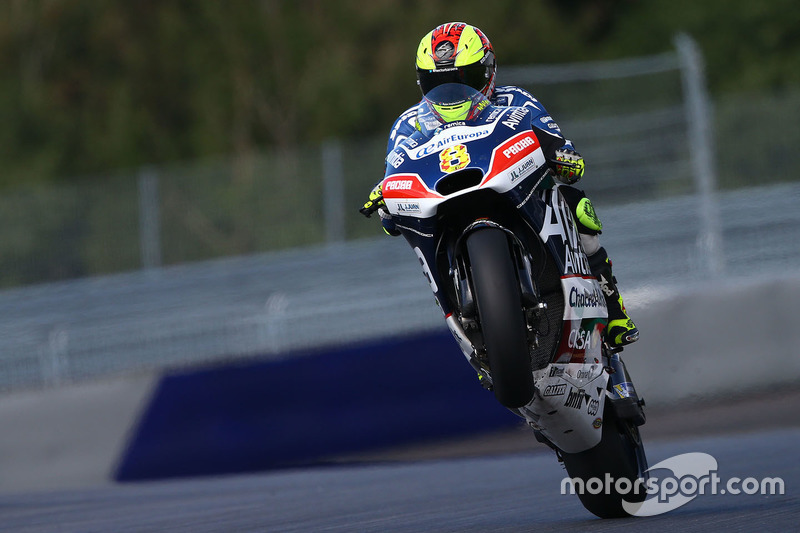 Forget Argentina: taking the weekend as a whole, this was Laverty’s most convincing showing of the year yet, as the Aspar rider sensationally topped Q1, and ran eighth ahead of Pedrosa in the early stages before dropping back with tyre problems. Being taken out by Petrucci at the final corner was an unfortunate end to an outing that proves the Irishman belongs at this level – and not in WSBK. 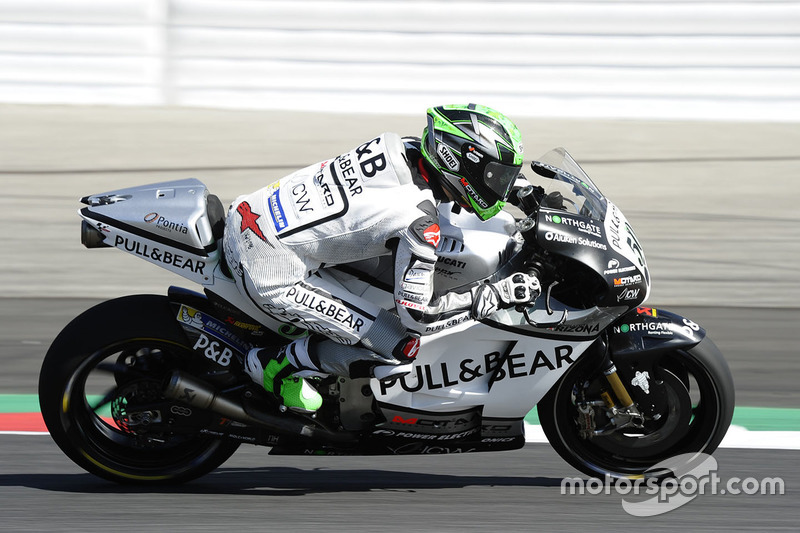