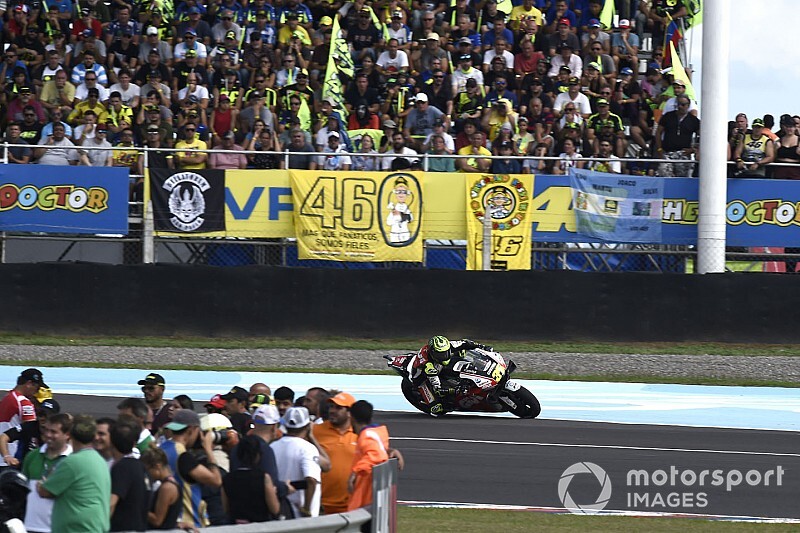 The FIM and Dorna Sports have announced that the MotoGP Argentine Grand Prix has been postponed a day after it was confirmed as the new season opener.

The outbreak of coronavirus and ever-tightening travel restrictions led to MotoGP having to cancel its original season opener in Qatar, with Thailand and Austin subsequently postponed in the week following as Italy placed all of its citizens under quarantine until at least April 3.

Just hours after a new calendar was issued confirming the Argentina race as the new season opener when Austin was moved back to November 15, the Rio Hondo race was plunged into doubt when Argentina announced a ban on all international sporting events due to coronavirus.

On Wednesday, Motorsport.com reported Dorna CEO Carmelo Ezpeleta confirmed a race to replace Qatar prior to Argentina was being considered.

In a statement issued on Wednesday afternoon, the FIM has confirmed Argentina has been moved to November 22 – taking the slot of Valencia, which was pushed back a week to accommodate Austin's new date.

The Valencia finale will now take place on November 29, which means two triple-header runs of races to end the season, with Austin, Argentina and Valencia following the traditional Japan, Australia, Malaysia triple-header – which, in turn, follows back-to-back events in Aragon and Thailand.

The statement also notes that dates for the post-season Moto2 and Moto3 tests in Valencia and the three-day MotoGP test at Jerez will be announced "once the season is underway".

Pending a possible Qatar replacement, the season is now due to start on May 3 with the Spanish Grand Prix at Jerez.