Aprilia wants Vinales to race its MotoGP bike this season

Aprilia is working at full speed to get Maverick Vinales to make his MotoGP debut for the Italian team as soon as possible this season, Motorsport.com has learned.

Yamaha announced on Friday that it had parted ways with Vinales with immediate effect for the remainder of the 2021 MotoGP season following his suspension by the team last week.

Vinales was found to be trying to deliberately damage his YZR-M1's engine during the final laps of the Styrian Grand Prix, and was subsequently withdrawn from the Austrian GP.

The Spaniard later apologised for his actions, blaming them on frustration at his situation in the Styrian GP and at Yamaha in general.

Following June's Dutch TT, Yamaha announced Vinales had requested to terminate his two-year contract with the team a season early and would be quitting the squad at the end of 2021.

On the Monday following the Austrian GP, Aprilia announced it had signed Vinales for the 2022 season on a single-year deal with an option to extend into 2023.

Yamaha's decision to oust Vinales with immediate effect leaves him as a free agent to ride for whomever he wishes, opening the door for an early Aprilia debut.

Several paddock sources close to Aprilia have confirmed to Motorsport.com that Massimo Rivola, CEO of Aprilia's racing division, wants to see him race as soon as possible, to begin to know what to expect from one of the fastest riders on the grid. 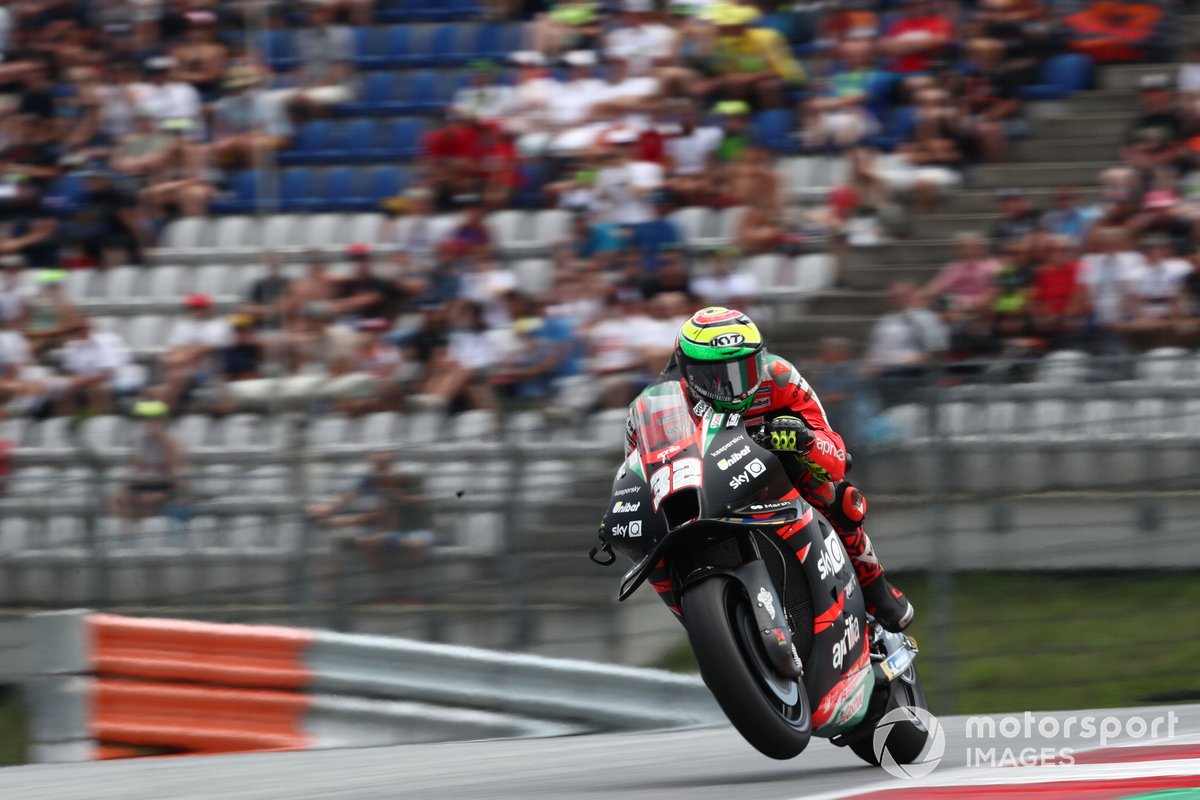 Vinales would logically replace Lorenzo Savadori, who the Italian manufacturer turned to as an emergency solution after Andrea Iannone's doping ban was confirmed until mid-2023.

Although the proximity of next weekend's British Grand Prix makes Vinales' reappearance difficult, it would not be surprising if he could make his debut in his new colours at Aragon, where he would arrive after some testing with his new team.

On Friday Yamaha announced test rider Cal Crutchlow will replace Vinales for next week's British GP, with Petronas SRT giving Jake Dixon his MotoGP debut at Silverstone as he steps in to replace Crutchlow, who in turn was standing in for the injured Franco Morbidelli.

Maverick Vinales – A timeline of his Yamaha MotoGP exit