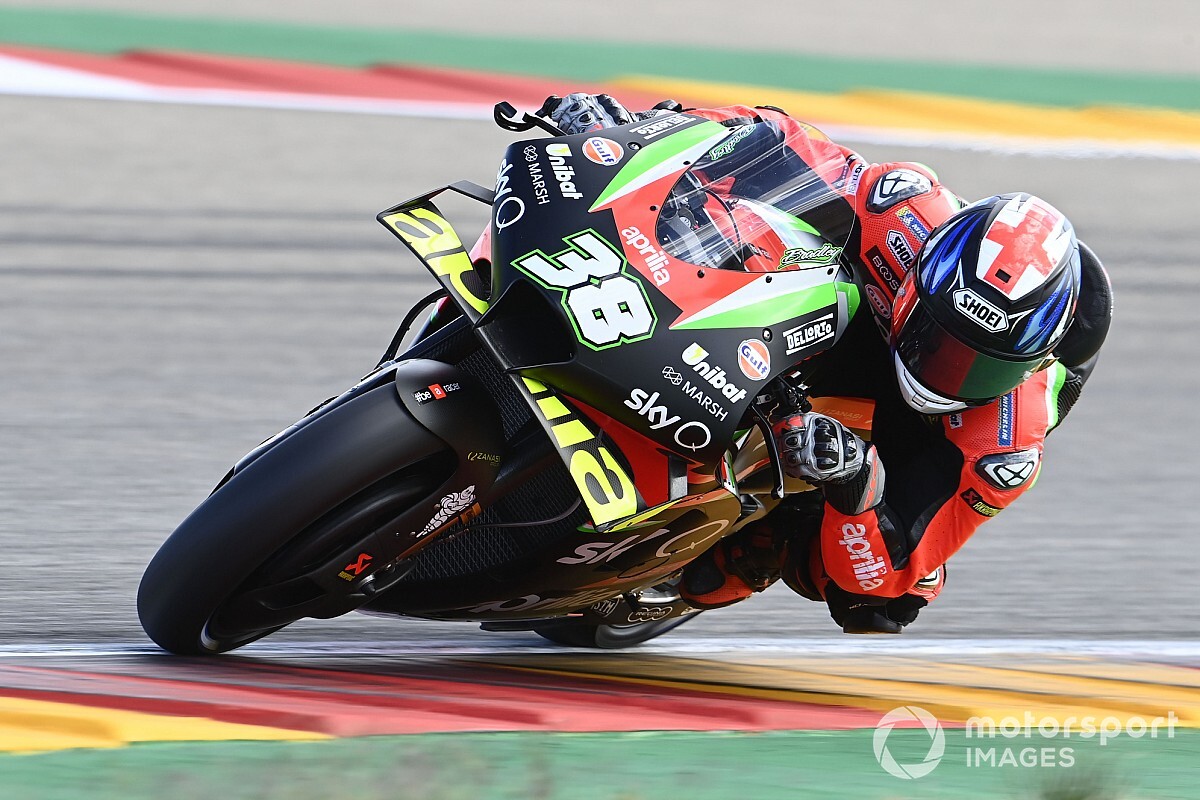 The Aprilia MotoGP squad has announced it will replace Bradley Smith with Lorenzo Savadori for the final three rounds of the 2020 season.

Test rider Smith was drafted in to replace Andrea Iannone for the start of the season, as the one-time grand prix winner continued to serve an 18-month doping ban.

The Briton has scored 12 points across the season and managed a best result of 12th at the Andalusian Grand Prix.

But Aprilia has now announced Smith will not see out the season with the marque, though it clarified that Smith hasn't been dropped and remains its test rider.

In his place will come ex-World Superbike rider and current Aprilia test rider Savadori, who will make his MotoGP debut in next month's European Grand Prix.

Savadori became an Aprilia MotoGP test rider at the start of the year and dominated the CIV Superbike Championship in Italy this year on an RSV4.

"First and foremost, I wish to thank Bradley for his efforts this season," Aprilia CEO Massimo Rivola said. "He took one the unexpected role of factory rider with great dignity and outstanding performance, and his contribution was extremely valuable.

"Now we are excitedly awaiting Lorenzo's debut. This promotion is certainly a reward for his great season as a CIV rider, dominating the Superbike category. But it is also a step of growth for a rider who will be a tester for our RS-GP in 2021 as well.

"Riding our fledgling project in the race as well will certainly be a step forward for Lorenzo and, therefore, for all of Aprilia Racing."

Savadori added: "To say I'm happy would be an understatement and I wish to thank Aprilia Racing straight away for this great opportunity.

"I will be arriving prepared for the event, thanks both to the work done during the tests on the RS-GP and to the CIV season that just ended. It was a challenging championship that demanded top form and maximum concentration from me.

"Now I need to re-organise my thoughts, glean from the kilometres I've ridden astride the RS-GP and make sure I'm ready and focused for the first practice session."

A decision on Iannone's doping ban being overturned is expected by mid-November, following a hearing at the Court of Arbitration for Sport a fortnight ago.

It is understood outgoing LCR Honda rider Cal Crutchlow has a pre-agreement in place with Aprilia to join Aleix Espargaro in 2021, though the marque has repeatedly publicly expressed a desire to retain Iannone if it can.