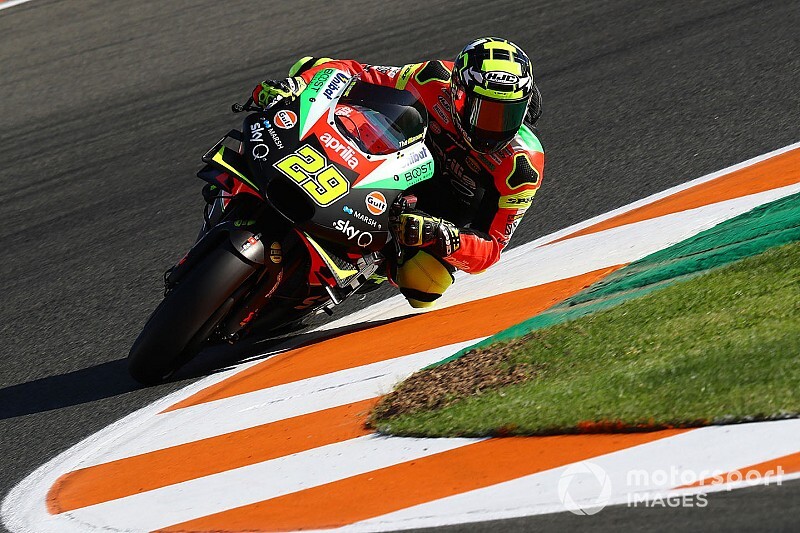 Aprilia Racing CEO Massimo Rivola has admitted that a long doping ban for Andrea Iannone would likely spell the end of the manufacturer's relationship with the Italian rider.

Iannone, 30, was provisionally suspended by motorcycling's governing body the FIM after a urine sample taken during the Malaysian Grand Prix weekend tested positive for an anabolic steroid, putting his place on the 2020 MotoGP grid in serious doubt.

The hearing for his appeal is set to take place on February 4, just three days before the start of the first official pre-season test of the 2020 season at Sepang.

Rivola admitted that some kind of sanction for Iannone was likely in the circumstances but said the length of any ban would dictate whether his Aprilia contract would remain valid.

"I'd be surprised if he wasn't penalised, because I think the Federation [FIM] has to comply with WADA [World Anti-Doping Agency] codes," Rivola told Corriere della Sera.

"If he had to be banned for one or two years, it's clear the relationship would end. But if he were to take a reprimand or three months, it would mean his innocence would have been acknowledged, even if he was sanctioned."

However, Rivola added that he believes Iannone is innocent, saying that he had instructed the one-time MotoGP race winner to lose weight at the start of last season.

"Aprilia is close to its rider," continued the ex-Ferrari man. "Many times we are told: 'Iannone [testing] positive is normal because he does underwear adverts, he is muscular, and shows himself off topless'. But it is not so.

"Last year at the first test I put him on the scales and said, 'That's not it. [Teammate] Aleix Espargaro weighs 10kg less than you. You need to go on a diet, change your workout'.

"By July, he had lost 6.5kg working hard. Why would he take anabolics [intentionally] if he had to lose weight?"

Who would replace Iannone in 2020 in the event of a ban remains unclear, although test rider Bradley Smith is set for an expanded role for Sepang testing and ex-World Superbike racer Lorenzo Savadori is also slated to assist the new RS-GP's development in Malaysia.