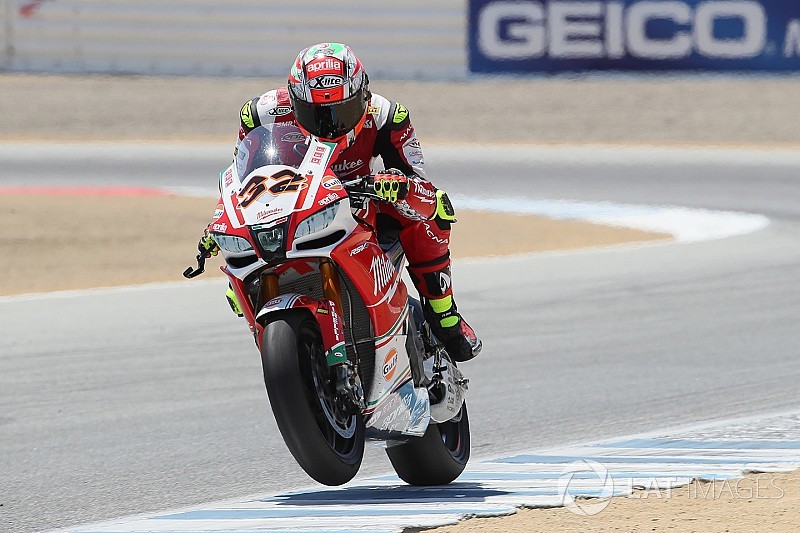 Aprilia will give World Superbike rider Lorenzo Savadori his maiden MotoGP test outing on an RS-GP next week at Misano.

Former European Superstock champion Savadori joined WSBK full-time last season with the Ioda Aprilia team, and transferred to the Milwaukee squad for 2017 as part of its tie-up with the Italian manufacturer.

The 24-year-old placed 10th in the points last season, and lies 14th in this year's standings ahead of this weekend's Lausitz round, four places behind veteran teammate Eugene Laverty.

Now Savadori will get the chance to test Aprilia's MotoGP bike at Misano as part of the outfit's preparations for next weekend's Silverstone race.

Aprilia announced this week that Pramac Ducati rider Scott Redding will replace Sam Lowes in its 2018 line-up alongside Aleix Espargaro.

Savadori meanwhile will remain in World Superbike with the Noale-based firm, although it remains to be seen whether Milwaukee's partnership with Aprilia continues into next year.

Rossi: Thinking about title "not smart" amid Yamaha woes