MotoGP on TV today – How can I watch the Andalusian Grand Prix? 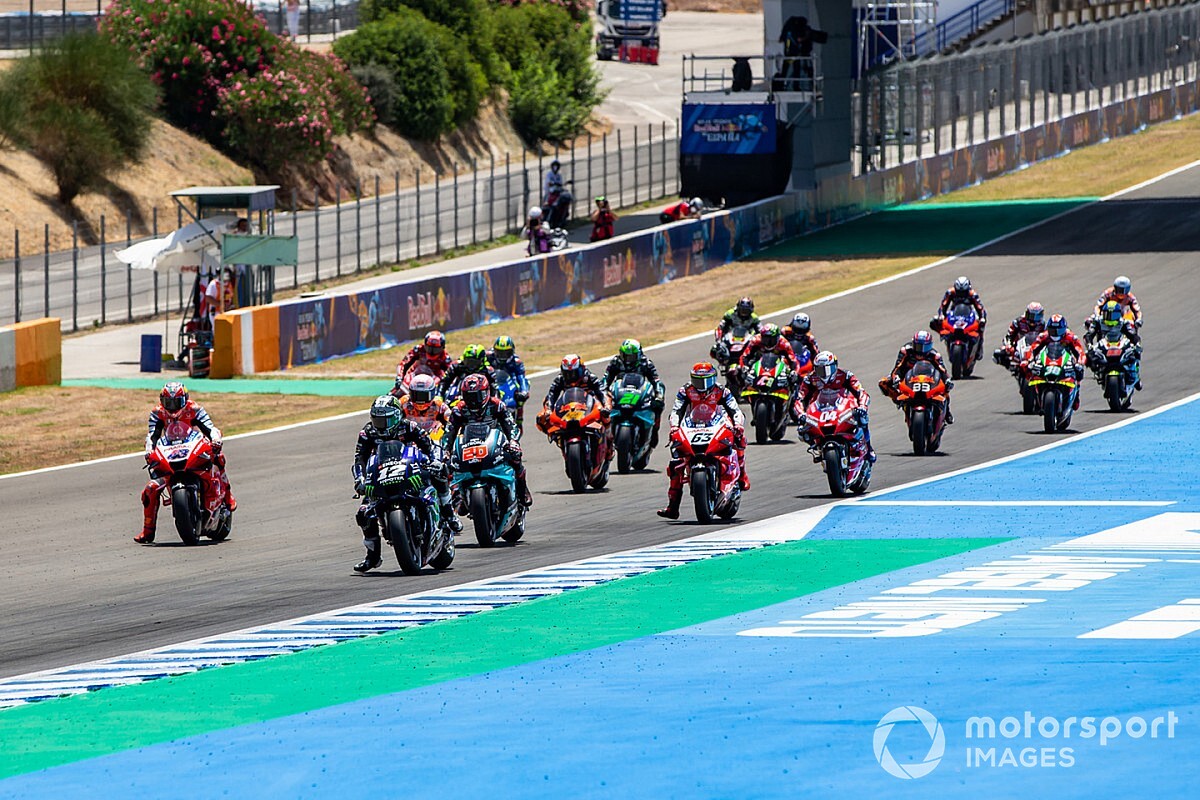 The second race of the 2020 MotoGP season will take place at Jerez in Spain on July 26. Here's how you can watch the Andalusian Grand Prix from your country.

Petronas Yamaha rider Fabio Quartararo is the firm favourite for the race, having claimed his maiden premier class victory at the same track last week.

Expect Quartararo to be challenged by factory Yamaha rider Maverick Vinales and the Ducati of Andrea Dovizioso for the top spot on the podium.

Marc Marquez was due to make a shock race return, having been declared fit just days after undergoing a surgery on his broken shoulder. However, after completing just one out lap in qualifying, he has decided to withdraw from the rest of the event.

Cal Crutchlow and Alex Rins, however, will press on, despite their own crashes during the previous weekend at Jerez.

Quartararo will start the race from pole position ahead of Vinales and the Pramac Ducati of Francesco Bagnaia.

What time does the Andalusian MotoGP start today?

The Spanish GP will get underway at Jerez at 2pm local time on Sunday, July 26. The race will last for approximately 45 minutes and will be followed by the podium ceremony.

How can I watch the Andalusian MotoGP?

Here's how you can watch Sunday's MotoGP race at Jerez in your country.

Can I stream the Spanish MotoGP?

MotoGP provides its own on-demand streaming service. The MotoGP pass is available for an annual fee of 139.99 euros. Users also can subscribe to the service on a monthly basis for 29.99 euros. Several local broadcasters offer on-demand coverage of MotoGP on their respective streaming services.

The Andalusian GP will take place in sunny conditions, with temperature expected to reach a whopping 37C in the afternoon. No rain is expected in Jerez on Sunday.