Analysis: Why struggling Honda had to redesign its MotoGP engine 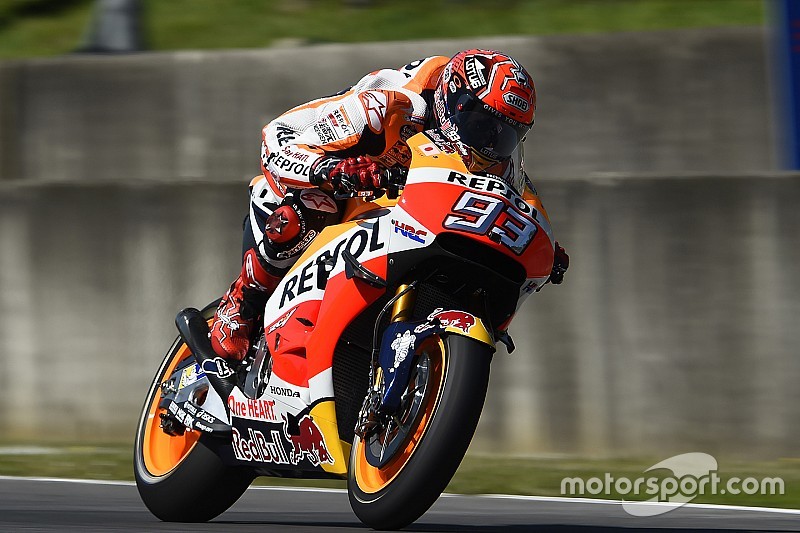 While Honda admits the deficiencies of its new MotoGP engine, the Japanese manufacturer insists that it needed to re-design it, or else it "wouldn't have had a future."

Marc Marquez and Dani Pedrosa have been cursing the problems with the re-designed Honda RC213V since the first pre-season test of 2016.

The Japanese firm opted for a radical overhaul of its engine philosophy, with its crankshaft now counter-rotating like those of Yamaha and Ducati.

However, this modification came at a critical point, given the rule changes coming into play - especially those referring to the electronic control unit, which is now the same for all the field.

Apart from having to understand the character and the behaviour of the new engine, Honda has been forced to adapt to the standard software, which is a lot simpler than the bespoke electronics teams could use hitherto.

The result is that Marquez is fighting like crazy to stay in the championship battle, and Pedrosa is in no man's land, struggling like never before to try to stay afloat.

Although Marquez fought for victory until the end on Sunday at Mugello, the result came only thanks to the incredible desire from the rider from Lleida.

In his rivals' eyes, the fact that the Catalan has two wins to his name (Argentina and Austin), and five podiums in six races - and is just 10 points off the lead - is a miracle.

By contrast, Pedrosa has been on the podium just once, and it was only thanks to the drama caused by Andrea Iannone in Argentina, where he took his teammate Andrea Dovizioso out at the last corner.

Apart from the two factory riders, the best result for a Honda is a ninth place for Tito Rabat at Termas de Rio Hondo, where the two Ducatis, as well as Jorge Lorenzo and Maverick Vinales, crashed out.

In Italy, Honda's issues were more evident than ever, especially in the decisive pass that gave Lorenzo victory. The Yamaha's strongest point has never been top speed, and yet Lorenzo still overtook Marquez easily using the slipstream on the drag to the finish line.

"To beat a Honda that way was unthinkable two or three years ago, because they were always four or five km/h faster than us," said Lorenzo.

"They have probably lost speed with the engine change, and they have gained nothing from it so far."

When asked by Motorsport.com if Honda had decided to carry out such a radical change at the wrong time, Marquez's answer was politically flawless, but what he meant was clear to see.

"Now the work is focused on November, and then on February, and March," said the 23-year-old.

"And if you fail then, especially with the engine, you pay for it during the rest of the season."

HRC technical director Takeo Yokoyama admits: "When we found out that the new unit was not behaving as we had expected, the season had already started and it was too late to react.

"And if you compare the current rules to those of the past four or five years, it's obvious that you need to be more conservative now, due to all the restrictions.

"But the previous engine was not the best either, that's why we changed it. If we had kept it, we wouldn't have had a future.

"The new one is not as good as we expected, but there is room for improvement," the Japanese engineer added. "In any case, we are already working on next year's engine."

In this situation, the most powerful team in the paddock has no option but to play around with the other elements that interact with the engine, from the electronics to the chassis to the exhausts, to try to extract the best from a bike that in Italy showed its weaknesses again.