Analysis: The stats say Valentino Rossi is the title favourite 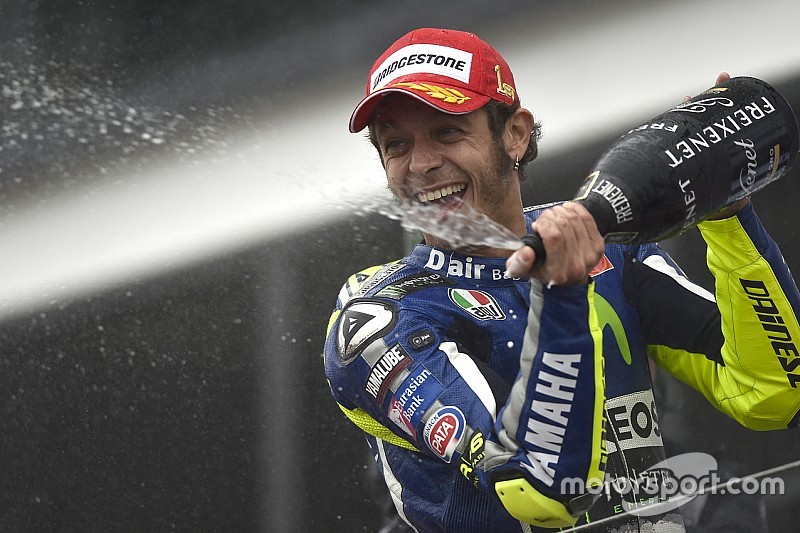 Amid all the recriminations from the Malaysian Grand Prix, you'd be forgiven for forgetting that MotoGP has a champion to crown this weekend at Valencia - and the history books favour Valentino Rossi, as Lena Buffa discovers.

Heading into this weekend's Valencia season finale, two riders - Valentino Rossi and Jorge Lorenzo - have a shot at winning the title. Just seven points separate the pair, with Rossi on top, albeit Lorenzo has won two more races than his arch-rival and Yamaha teammate.

He may lead the way in the championship, but Rossi’s title bid will be far from straightforward if he has to start the race from the back of the grid because of his penalty.

Rossi has chosen to file an appeal against the three penalty points he was awarded after the last race in Malaysia, where he and Marc Marquez controversially came to blows.

However, if Rossi's lodging of the appeal is successful, it could mean that the penalty is lessened or rescinded altogether until the matter can be arbitrated by the Lausanne, Switzerland-based Court of Arbitration for Sport (CAS).

Other similar cases in history

A glance at the history books suggest the statistics are on Rossi's side. This weekend will be only the 17th time in the history of the World Championship, created in 1949, that the title is decided in the final round of the year.

Out of the 16 previous title deciders, only twice has the rider who was on top of the standings heading to final round of the year failed to lift the trophy - if you discount Phil Read letting the 1975 title slip from his grasp at the final race, as dropped scores complicated the picture that year.

It happened for the first time in 1992, when Mick Doohan and Wayne Rainey fought for the title. Doohan injured himself badly during the season but recovered to score a handful of points in the last two races of the year. Rainey, who started the decisive race with a two point deficit to Doohan, managed to beat him and to clinch the title by four points.

Since that day, just one title has been decided at the last round of the season, and that was in 2013 with Lorenzo and Marquez. Despite winning the race, Lorenzo was unable to catch Marquez in the standings, with the latter claiming his first title in his rookie premier class season.

That said, statistics are exactly that, and Valencia's history for throwing up unpredictable races means predicting the outcome would be a fool's errand - particularly considering the uncertainty continuing to surround where Rossi will have to start the race.

What's for certain is that this weekend's race will be an extremely tense affair, it being the first time since 1992 that two riders arrive at the final round of the season with such a small point difference between them.

*Was effectively leading when dropped scores were taken into consideration.

Parkes to sub for de Angelis in Valencia finale