Suzuki's Joan Mir set the early pace in FP2 with a 1m41.495s, with LCR's Takaaki Nakagami edging ahead of him with a 1m40.985s just over six minutes into the session.

Moments later Nakagami's teammate Alex Marquez moved to the top of the order with a 1m40.862s, which put him ninth on the combined times which were still headed by FP1 pacesetter Quartararo.

Just as they did in FP1, both Quartararo and Bagnaia traded session-best laps, with Bagnaia moving to the top of the order with a 1m40.413s with just under 10 minutes of the session gone.

Six minutes later Quartararo deposed his Ducati rival with a 1m40.355s, which the Yamaha rider improved to a 1m40.304s 15 minutes later.

About a minute later, Bagnaia finally toppled Quartararo's FP1 time to take over top spot overall with a 1m40.007s.

In the closing moments, a late flurry of fast laps set the timing screens ablaze, with Mir returning to the top of the pile with a 1m39.680s.

This was soon bested by Ducati's Jack Miller, who fired in a 1m39.611s – only to be denied ending Friday fastest when Quartararo took the chequered flag with a 1m39.390s.

Quartararo's day almost ended in disaster, though, when he had a moment at Turn 13, but managed to just about stay on top of his Yamaha. 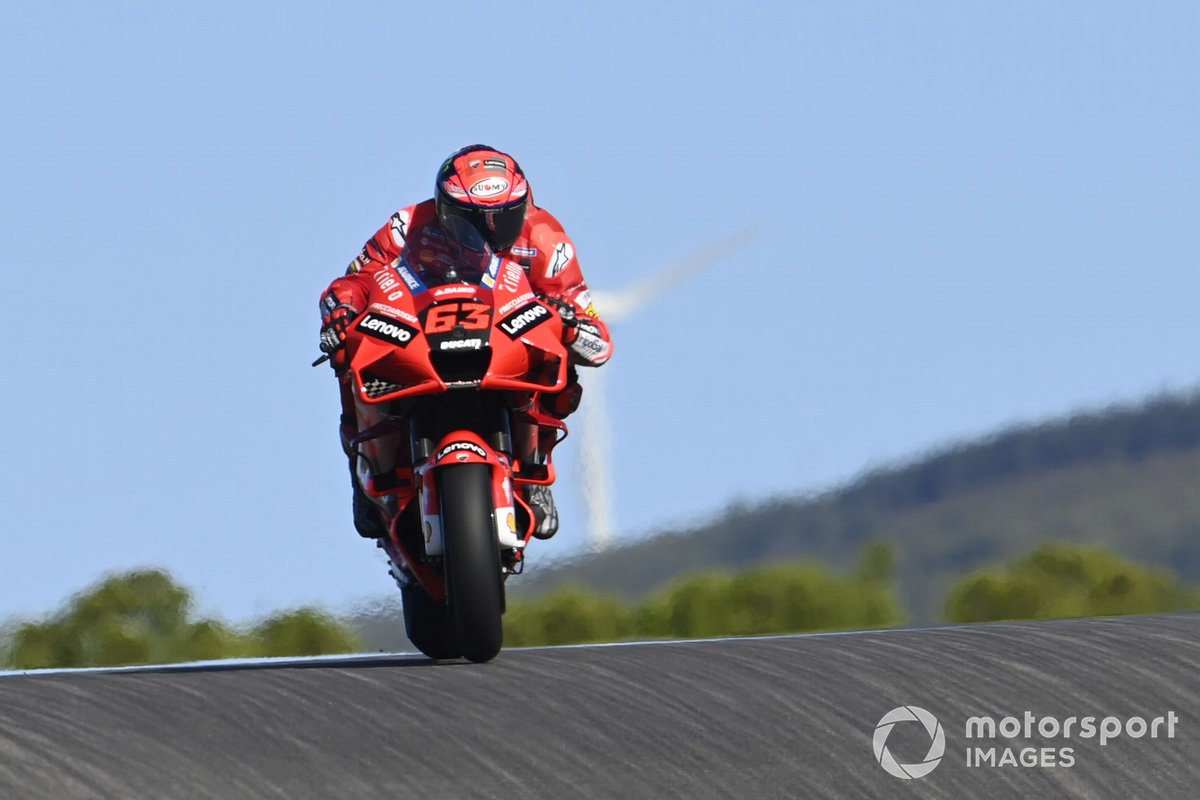 A final effort of 1m39.552s moved Bagnaia up to second to once again shadow Quartararo, while again Miller rounded out the top three.

Mir was fourth fastest in the end ahead of Honda's Pol Espargaro and the Pramac Ducati of Johann Zarco.

Alex Marquez carried forward his early pace in FP2 to finish Friday strongly in seventh from Aprilia's Aleix Espargaro, Nakagami on the sister LCR-run Honda and the second of the Suzukis of Alex Rins.

Jorge Martin stood on the precipices of the top 10 in 11th, 0.003s behind Rins, with Franco Morbidelli behind in 12th on his Yamaha.

Petronas SRT duo Valentino Rossi and Andrea Dovizioso occupied the final two spots on the order, while home hero Miguel Oliveira on the KTM was a mystifying 1.5s off the pace down in 19th behind Marc Marquez's stand-in Stefan Bradl on the Honda.