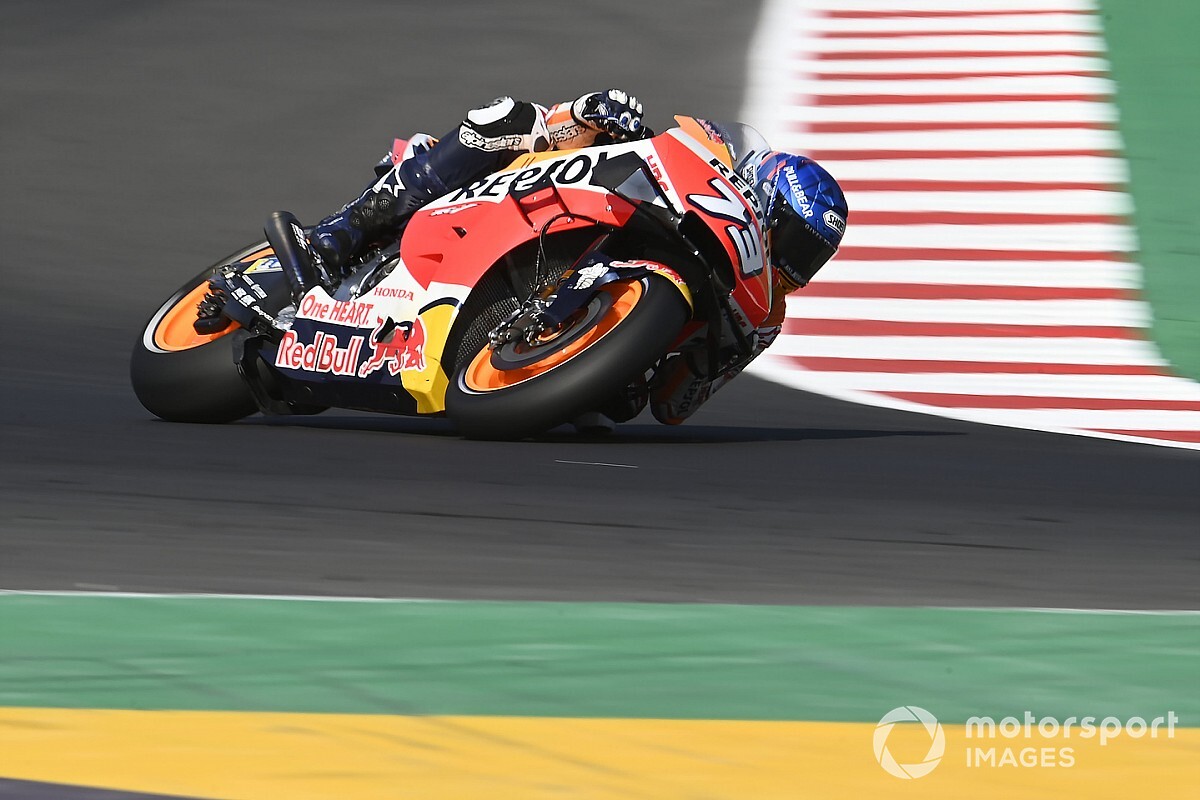 Alex Marquez admits his seventh in the MotoGP Emilia Romagna Grand Prix was "not real" because the high attrition, but believes his pace was strong enough for the top 10.

The Honda rider qualified down in 17th as he continues to struggle to extract the maximum on a fresh soft tyre on the "radical" RC213V in qualifying, but managed to jump up to 11th on the opening lap of Sunday's second Misano race.

Numerous crashes ahead meant he quickly jumped up to seventh where he would finish, making an improvement on his race time from the San Marino GP of 17 seconds.

Though he concedes his end result was aided, he feels the improvement on race set-up made by Honda would still have allowed him to get into the top 10 without the crashes ahead.

"I'm satisfied because we made an improvement," Marquez said. "We improved 17 seconds compared to last weekend and I think the improvement is quite good, quite high and I'm happy for that.

"Still we know we need to improve some parts, some things. But in the end, I think it's a really good step, we need to keep going like this.

"For sure in Montmelo we will try to confirm this step. Today maybe the seventh position is honestly not real because there were many crashes.

"But I think without crashes we were able to go in top 10, so I'm happy for that. Still we need to improve qualy because starting from 17th is not so easy and I lose still a lot of time in the first laps.

"Apart from that, I'm happy, I'm satisfied about the team work and the improvements."

Marquez was overtaken by LCR's Takaaki Nakagami on the year-old Honda in the latter stages after a big headshake caused the airbag in his leathers to go off and meant he was "not able to breathe" while it deflated.

"I had a problem three laps to go," he added. "I had Nakagami behind me, I think I was able to even fight for the position.

"But I had a big movement on my handlebar and the airbag exploded and I lose a lot of time in that.

"The main problem to keep the sixth position was this problem with the airbag, that it wasn't so easy to complete one lap with the airbag full and I was not able to breathe."