New Gresini MotoGP rider Alex Marquez says he “felt at home” on the Ducati immediately during his first test of the bike in Valencia following the season finale.

Double MotoGP podium finisher Marquez will switch from Honda after three seasons - one with the factory squad in 2020 and two with LCR in 2021/2022 - to Ducati after signing a deal with Gresini to ride a year-old Desmosedici in 2023.

Marquez was released by Honda to test the Ducati in the first pre-season test of 2023 on the Tuesday following the Valencia Grand Prix.

Having endured a difficult year on the Honda, ending it 17th with 50 points and a best finish of seventh, Marquez was beaming after his first ride out on the Ducati – though contractually was not allowed to make any comparisons between his new bike and the RC213V.

"It was a very positive day, from the first run I felt at home on this bike," Marquez said at the end of the Valencia test after finishing the day 15th.

"We were immediately fast and competitive. That's very important. We didn't actually make any adjustments to the bike all day, we just adjusted ourselves.

"That went really well. Winter is going to be too long for me! I need another day to use the potential of this bike.

"We know this bike definitely has potential. In the qualifying run I was not yet able to ask for everything [from the bike], but I am happy that on the first day with this bike we are only six tenths of first. 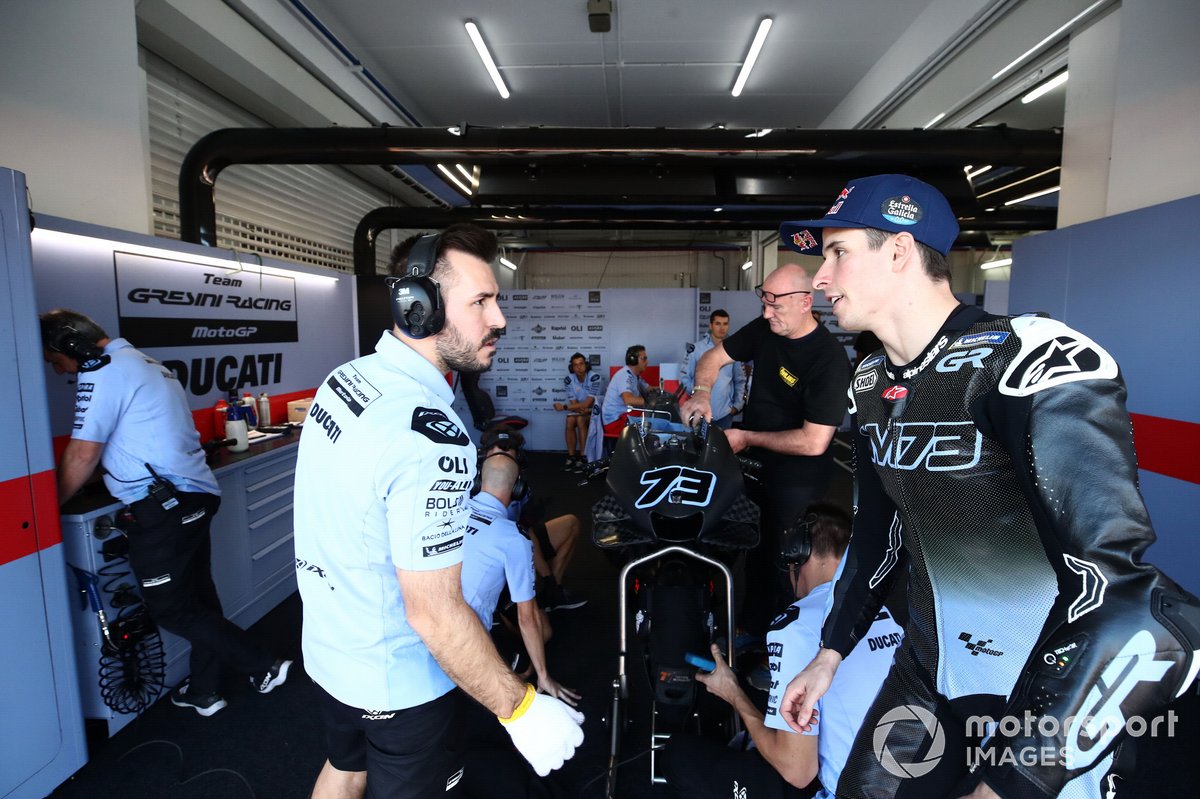 "Most importantly, I was able to be very consistent in terms of speed."

Marquez noted that he can "use the natural style a bit better" with the Ducati but "still we need to discover a bit more from this machine".

He also said he noticed a "big difference" with the Ducati compared to the Honda.

Despite his enthusiasm for the Ducati already, Marquez admits it's still "too early" to comment what he can think about in terms of 2023 season aims right now.

"It's too early to say, I can't say I'm going to fight for the championship," he added.

"We need to make a very solid base in the winter that we can start well with in Portimao.

"We have this 2022 version of the Ducati, so we don't have to try much new. We need to build confidence and see where we have potential."