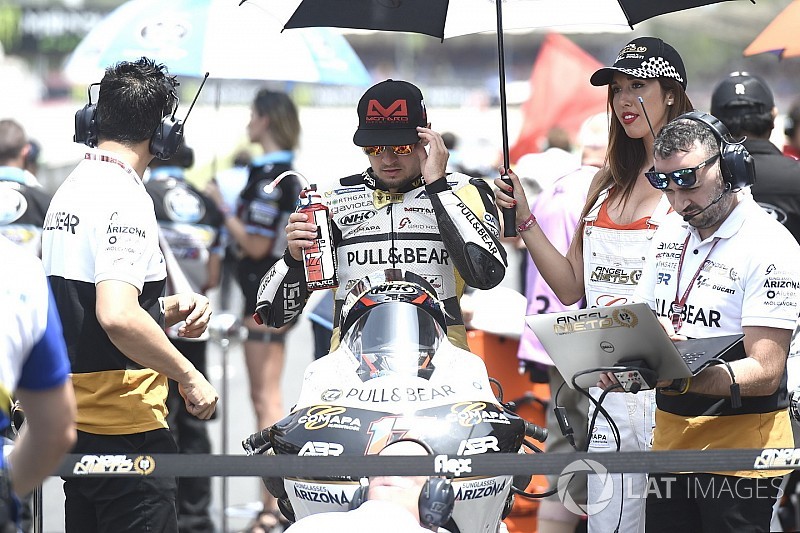 Karel Abraham has emerged as the favourite to take Xavier Simeon's Avintia Ducati seat for the 2019 MotoGP season, Motorsport.com has learned.

With the first half of the 2018 MotoGP season coming to an end at the Sachsenring, only two rides, one at the newly-formed SIC Yamaha satellite team alongside Franco Morbidelli, and one at Avintia Ducati are still up for grabs.

The Avintia squad has yet to formally confirm either of its two riders for 2019, but Tito Rabat is deemed certain to continue, the Spaniard telling Motorsport.com that he is "confident" to stay at the team for a second season.

His teammate Simeon signed a one-year deal for 2018, with option to extend it for one more season, but the Belgian rider has endured a low-key season and has yet to score a point.

Demand is high for the Avintia Ducati ride, with Angel Nieto riders Abraham and Alvaro Bautista - whose team will be replaced by SIC next year - the main contenders to replace Simeon.

Abraham confirmed to Motorsport.com he is "talking" with Avintia, but questioned whether he would accept another season on a two-year-old Ducati, which he has raced for the last two seasons.

"We are working on it [the Avintia option]," said the Czech. "I’d love to stay in MotoGP. But at the same time I want a competitive bike, to make some top 10s like last year.

"It’s a very complicated situation. I would really like to have a one-year-old bike.

"If I was on a two-year-old bike, I’m afraid I would be the only one in the paddock using it next year, as the Angel Nieto team is not going to be there next year.

"I want to stay here, but I’m not sure if it’s worth it on a two-year-old bike. Last year was great, I had a lot of fun, this year we are all a bit pissed off, struggling, things aren’t coming."

Simeon's best results of the season have been two 17th places at Jerez and Mugello, and the Belgian admits he is "not very happy" with his season so far.

He is the only other rider besides Abraham using a two-year-old Ducati this year, and Simeon explained that it is difficult to perform with it.

"I am not very happy because at the beginning of the season I was hoping a little bit more," the Moto2 graduate told Motorsport.com.

"My bike is still the same and I have to improve all by myself. Some tracks I can expand more my potential and some track it is quite more difficult.

"I am not disappointed, but I'm also not very happy with my situation." 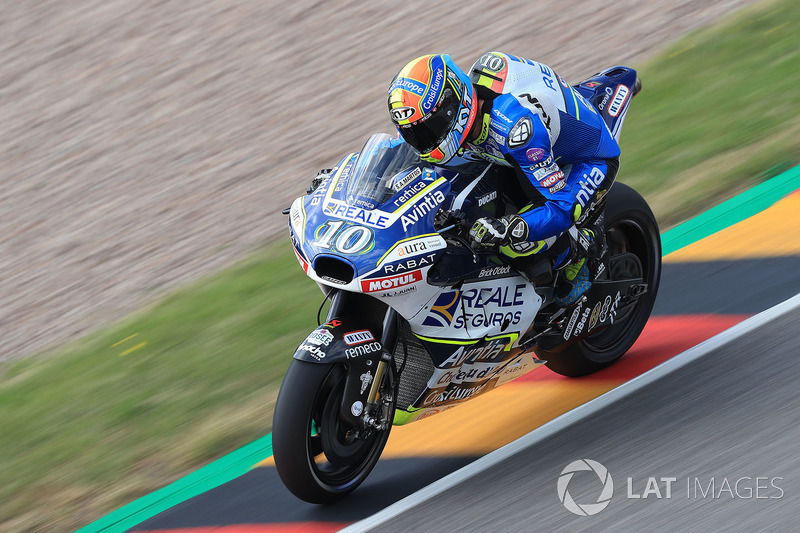 Bradl too “timid” to score points on MotoGP return