MotoGP riders have discussed lowering the series' 107 percent participation cut-off in the aftermath of Christophe Ponsson's controversial debut at Misano.

By:
Valentin Khorounzhiy
Co-author:
Jamie Klein
Listen to this article

A participating rider needs to lap within 107 percent of the session benchmark in any of the four practice sessions to be allowed to qualify and race.

Ponsson, whose debut left some regulars concerned, was within the cut-off in FP2 and FP4 at Misano, and thus participated in the race – only for his entry to be then denied for the next round at Aragon.

The French newcomer aside, the MotoGP field slotted in within 102.7 percent of the pole time in Misano qualifying – and Aprilia's Aleix Espargaro has now argued the current cut-off is too lax given how close the championship currently is.

“We are working on this, to reduce a little bit,” Espargaro said. “They have to see how they do it, because if the track is in a tricky condition or whatever, we have to see how we do it, but yeah, it's on the plan also to reduce the 107 percent.

“I remember [Alvaro] Bautista said one very intelligent thing – that in the past, eight to 10 years ago, the rider who was in 15th place was 3.5 seconds off pole position. Now the rider who is 15th place is eight tenths [off].

“So when somebody new is coming, he's at seven seconds [off], it's impossible. The time has changed a lot, so we have to also make the rules different.”

LCR Honda's Cal Crutchlow agreed with Espargaro, saying: “I believe that we should also look at the 107 percent.

“It is not about just coming in to ride the bike because anybody can come and ride these bikes if they can pay for a weekend, but these are hard to ride.

Honda's championship leader Marc Marquez, however, said that he was more in favour of a rule mandating that the rider tests MotoGP machinery before participating in a race weekend.

“107 percent, okay, you can go lower, but also you need to be flexible because sometimes in rain condition can be a very long circuit, strange conditions.

“So I think is better to work in another way, that is maybe to have a previous test or something like this.”

Ponsson made his debut without prior MotoGP mileage, and the same is true of Jordi Torres, who is replacing the Frenchman as Avintia Ducati's stand-in for the injured Tito Rabat at Aragon.

Torres, a former Moto2 race winner, was 4.8s off the pace in Friday's first practice, which put him comfortably within the 107 percent cut-off.

“It has to be that, for sure, never ever, nobody can try the first time the MotoGP in a race weekend,” Espargaro said on Thursday. “This is not possible. And this rule doesn't exist right now.

"I think Jordi Torres never rode a MotoGP [bike] also, also will be his first time. So I also don't agree [with this].” 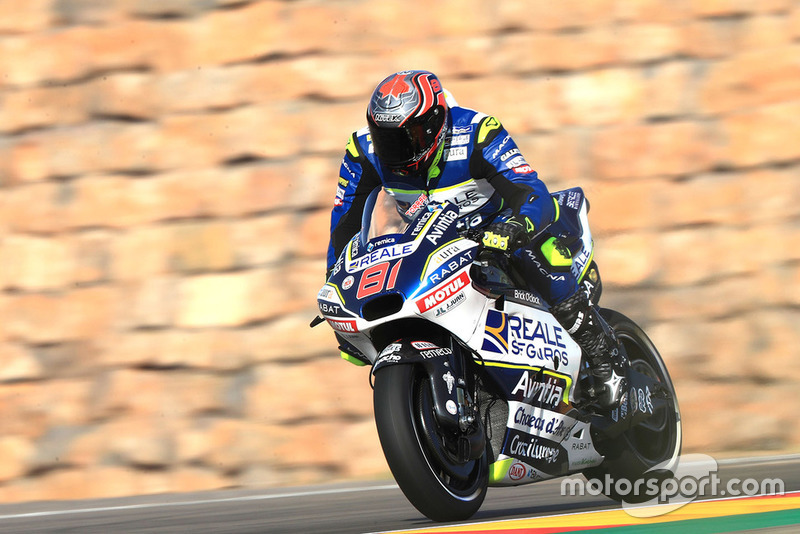