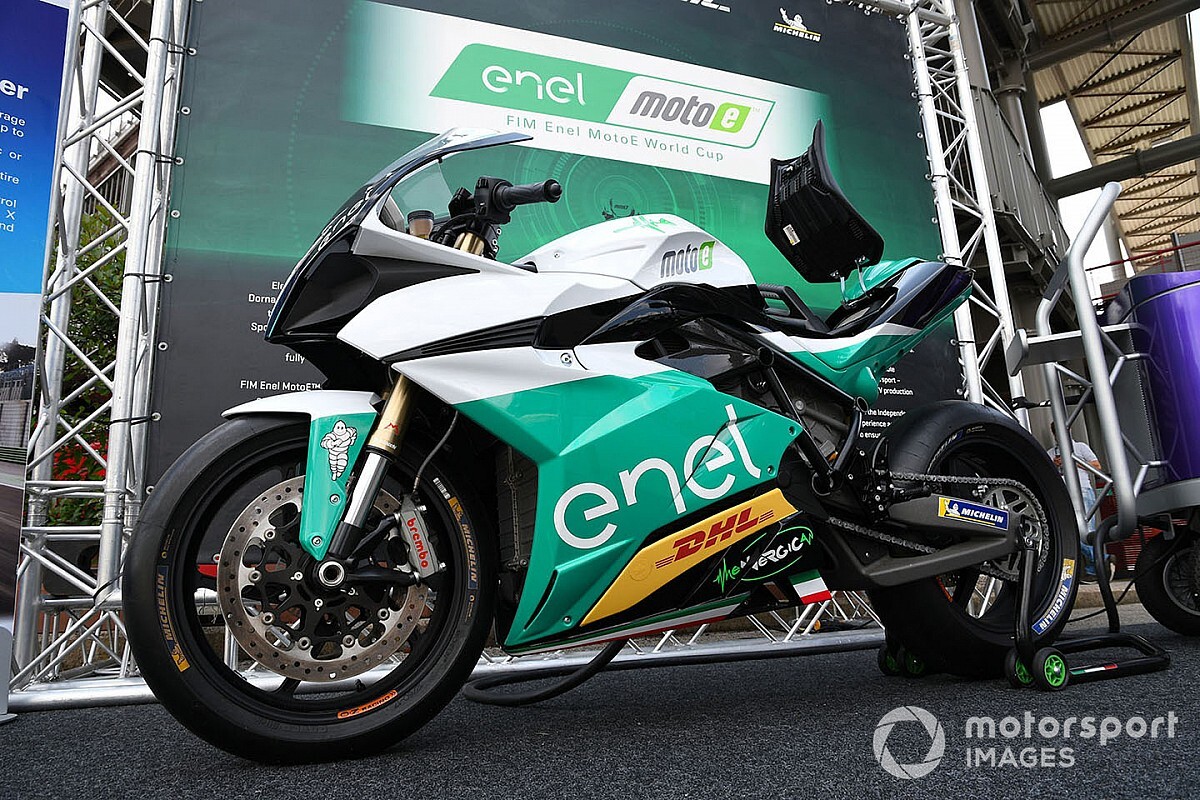 MotoGP's new all-electric support class MotoE has unveiled a five-round calendar for its inaugural season in 2019.

The first-ever MotoE campaign will kick off at Jerez in May and will also support the French Grand Prix at Le Mans that same month.

MotoE races will also be held at the Sachsenring in July and at the Red Bull Ring in August, before the season concludes as part of the San Marino GP weekend at Misano.

The races, which are intended to take place on Sunday morning after the MotoGP warm-up session, will run to between seven and 10 laps, a longer distance than had been originally anticipated.

No riders have been officially confirmed, but the series is planning to announce its roster as early as the Aragon MotoGP round in two weeks' time.

Current KTM rider Bradley Smith is one high-profile name linked thus far, as he will switch from full-time MotoGP competition to an Aprilia test ride next year.

Smith, however, is slated to contest several MotoGP wildcards as part of his new role, and made it clear this would be the priority.

“It’s something that’s in consideration at the moment but it’s far from being finalised just because we need final dates from that actual championship,” Smith said on Friday regarding a potential MotoE entry.

“You can’t do two races in one day and Aprilia is my priority.

“If it works and everything works [out], then fantastic, if not then I’m very happy to just continue working on the MotoGP.”

MotoE's first official test will take place at Jerez on November 23-25, with sessions also slated for March 13-15 and April 23-25 before the start of the 2019 campaign.