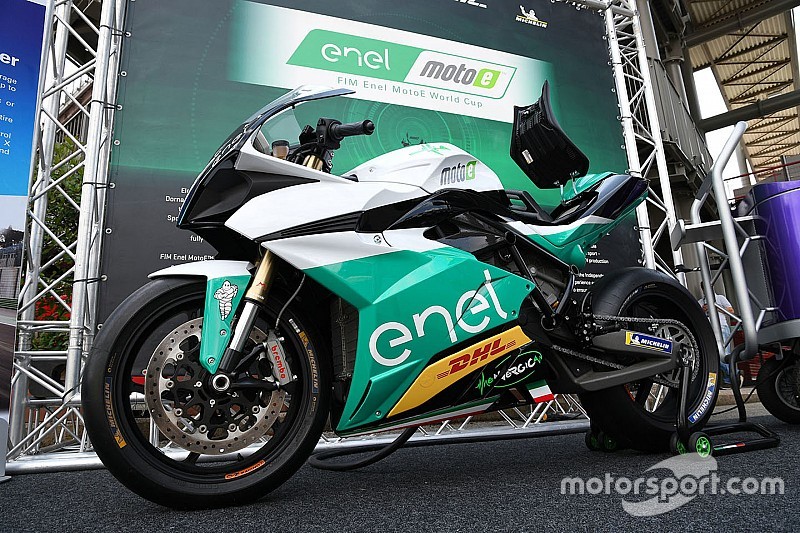 The race weekend schedule and first official test for the inaugural FIM MotoE World Cup, the new MotoGP support class for electric bikes that will begin in 2019, have been confirmed.

In a meeting held by MotoE teams at Mugello, it was agreed that races are to take place on Sunday mornings immediately after the MotoGP warm-up sessions during the rounds the series is present for.

While an exact calendar has still yet to be revealed, it has been confirmed it will comprise five rounds in Europe, most likely starting at Jerez. Races are expected to be between five and eight laps long.

The first official test will take place at the end of November at Jerez, although demonstration laps with the Energica Ego bike that will be used by all teams have taken place, most recently with four-time 250cc champion and MotoGP title runner-up Max Biaggi at Mugello.

There has also been an adjustment to the roster of teams, with VR46's place being taken by fellow Moto2 squad Ajo Motorsport, which runs the factory KTM programme in the intermediate class.