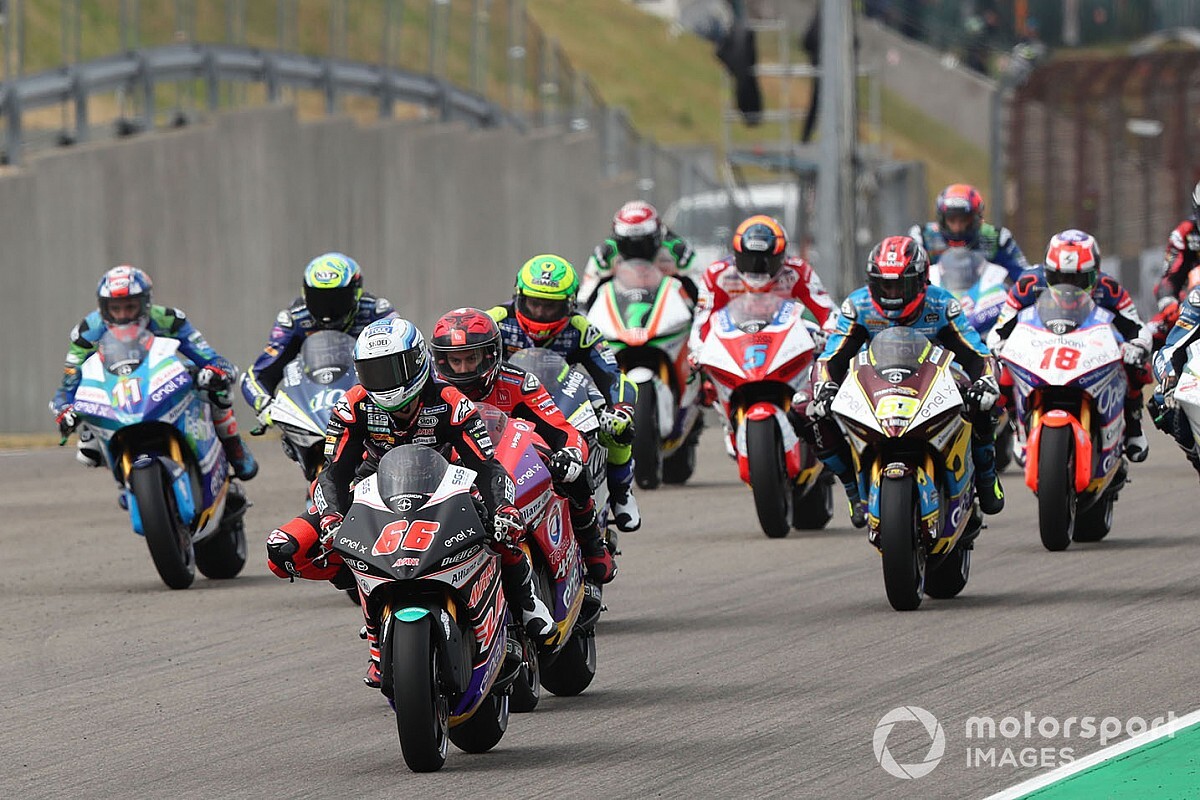 MotoE suffered another fire-related incident in Austria on Friday as points leader Niki Tuuli's bike ignited while being charged.

The electric MotoGP support series was forced to delay its opening race after a devastating fire took hold in the charging station during a Jerez test earlier this year, resulting in the destruction of the series' entire fleet of Energica Ego Corse bikes.

While the inaugural weekend for the series at the Sachsenring last month passed without incident, there was further trouble when the Ajo Motorsport bike of Tuuli, who won in Germany, caught fire while charging in the e-paddock at the Red Bull Ring.

The inferno was swiftly dealt with however and no disruption is expected for the remainder of the weekend's schedule.

A statement released by series organisers read: "An investigation is currently underway to determine the reasons behind the fire that broke out today at the Red Bull Ring in Austria, where the second round of the FIM Enel MotoE World Cup is currently taking place.

"The incident involved bike #66 of Niki Tuuli and happened during the charging process of the motorcycle. The fire was immediately extinguished by the fire department and the action was performed in complete safety. MotoE action will continue as scheduled."