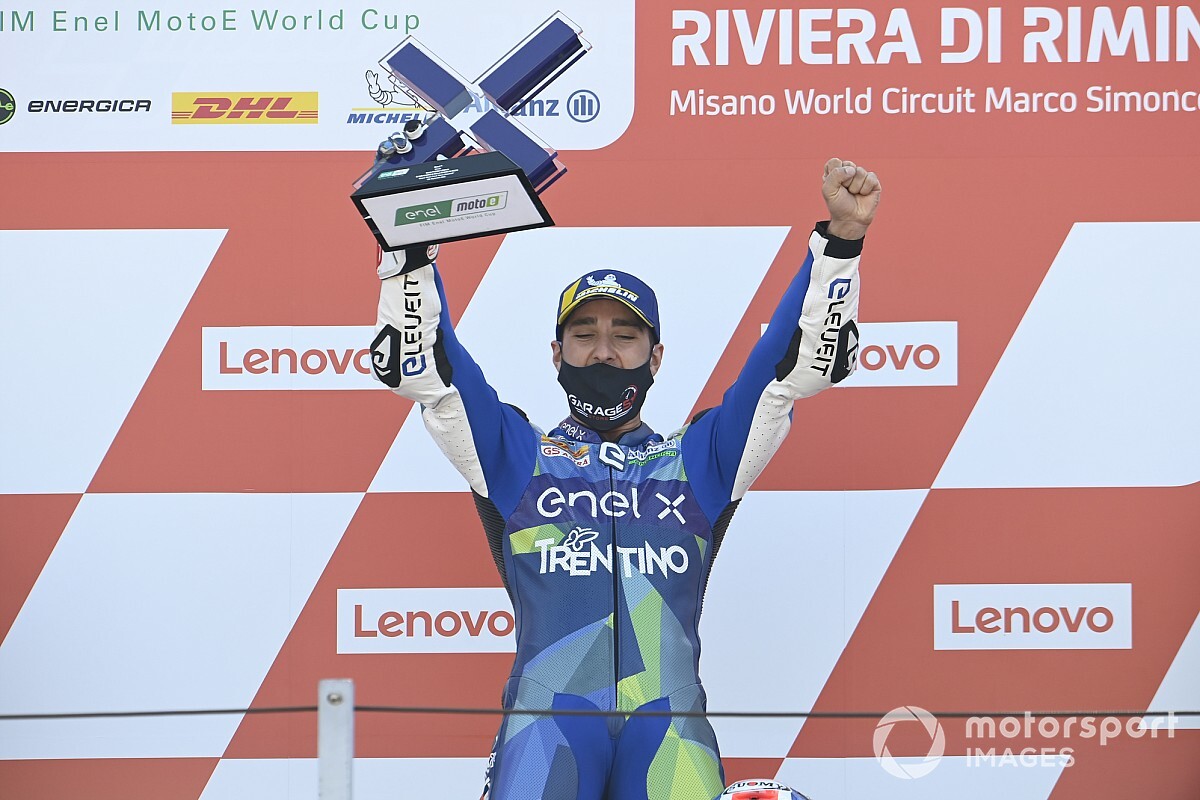 Matteo Ferrari guided his Gresini racing machine to his first victory of the 2020 MotoE World Cup at the first of three rounds to be held at Misano this week.

Reigning MotoE World Cup winner Ferrari put his Gresini bike on pole, but was docked three places as punishment for his collision with title rival Eric Granado during the Andalusian round at Jerez back in July.

It was SIC58 rider Mattia Casadei who led the early laps after inheriting pole, with ex-MotoGP rider Xavier Simeon his nearest challenger in second. By lap four, Ferrari found his way through on Simeon for second at the Quercia left-hander at Turn 8 and began his hunt of leader Casadei.

Having spent the majority of the weekend working on used tyre pace, Ferrari was able to use this to his advantage to mount an assault on first place on the fifth of seven laps. Ferrari scythed through at the fast Curvone right-hander at Turn 11 and would go unchallenged to the chequered flag to score his first win of the campaign and move to within 12 points of the championship lead.

Simeon bagged his first podium of the season in second, while rookie Dominique Aegerter muscled his way into the podium places late in to claim third. The Intact GP rider still holds the championship lead, with Jordi Torres holding third in the standings after finishing fourth at Misano.

Granado endured a tough weekend, with the Avintia rider forced to start from last as a result of exceeding track limits on his E-pole lap on Saturday. By the end of lap one he was up to 13th, and by lap four he was up to 10th. However, his charge to make further inroads into the top 10 halted there and he is now 23 points adrift of Aegerter in the standings.

Casadei's hopes of a podium evaporated late on, and he ended up completing the top five on his SIC58 machine.

In the latest edition of 'Beyond the Race', Lewis Duncan and Michela Cerruti discuss the latest round of the MotoE World Cup.