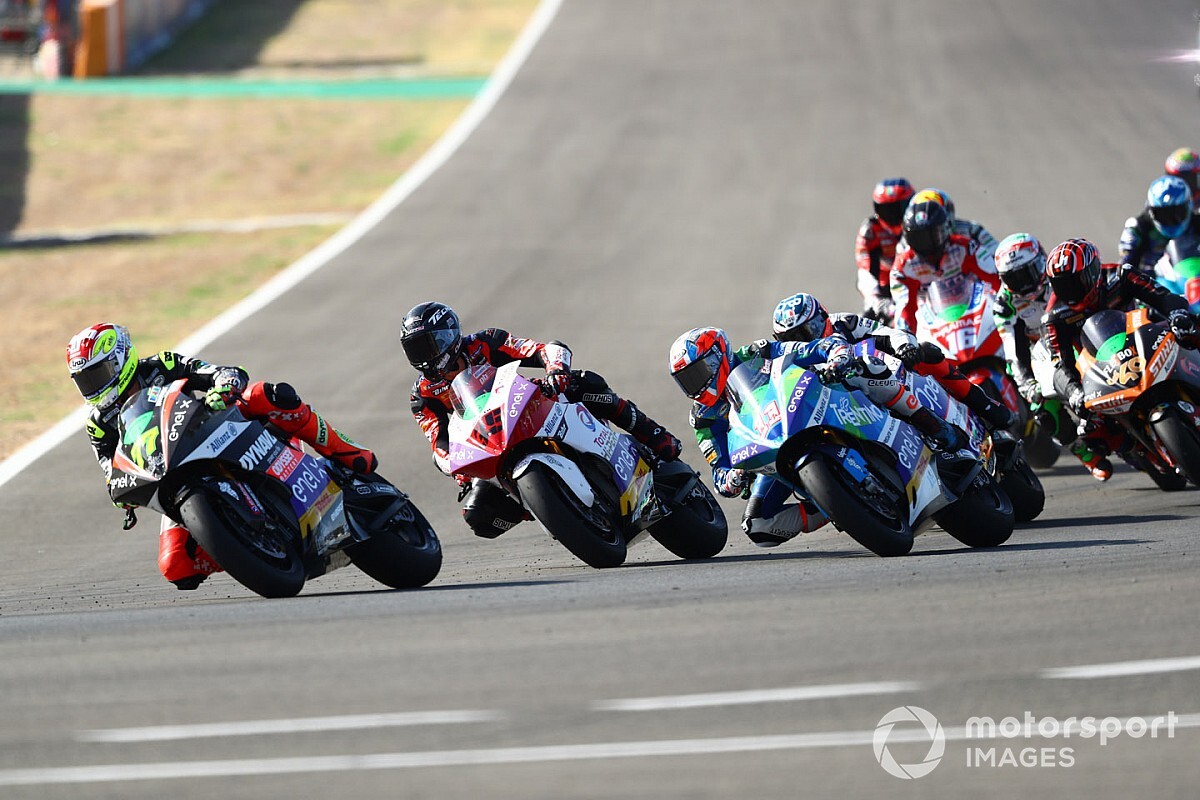 Dominique Aegerter converted his maiden MotoE pole into a dominant victory in the Andalusian round of the 2020 World Cup, while there was drama behind for other title protagonists.

The MotoE bikes returned to action at Jerez for the second week in a row on the support bill for the MotoGP Andalusian Grand Prix, with the all-electric bikes encountering the hottest track temperatures tyre supplier Michelin has ever recorded of 60+ degrees Celsius.

Several errors for runaway race one winner Eric Granado resigned the Avintia rider to fourth on the grid, and this would prove crucial on lap one as he would run wide at Turn 6 trying to regain places.

Aegerter led Ferrari and Alejandro Medina off the line, with Aegerter swallowed up by Medina and Ferrari at the end of the opening lap. Aegerter struck back on lap two, and would begin to clear off into the distance while Granado worked his way back into the podium places.

But the Avintia rider's race would come unstuck on the penultimate lap, as an ambitious lunge from Ferrari proved unsuccessful and he wiped out Granado at Turn 6. The latter could rejoin the race, but only came away from the second Jerez race with two points in 13th.

Aegerter came under no threat in the end, easing to his first win in the series ahead of another rookie in Jordi Torres and Mattia Casadei. Alex de Angelis brushed off the disappointment of his jump start from the first race to finish fourth ahead of Niccolo Canepa. Aegerter now leads Torres in the standings by 11 points.

In the latest episode of Behind the Race from ThEVox, Autosport's International Editor is joined by Italian racer Michela Cerruti to discuss the second round of the 2020 MotoE World Cup.