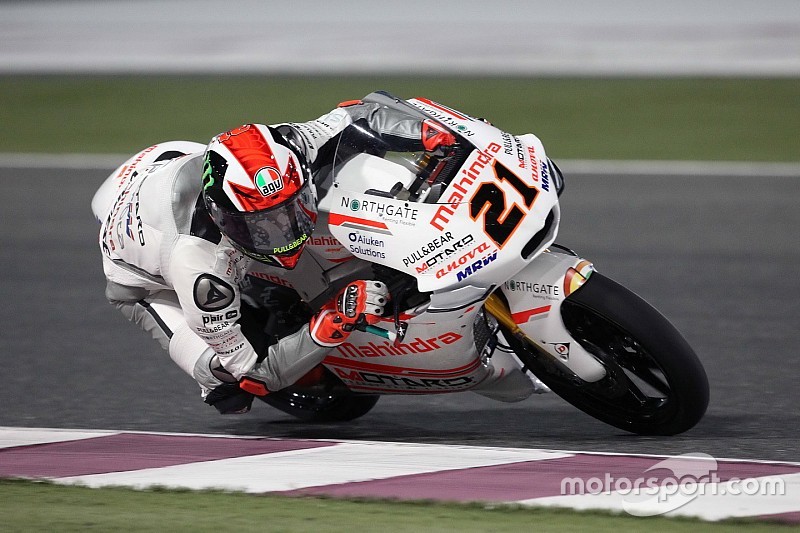 Bagnaia has had a mixed run in Qatar after finishing fifth, 13th and 28th in the three practice session while Martin has gradually improved having finished 24th, 11th and ninth respectively.

But both riders haven't been able to get into the 2m05's against Mahindra's rivals Honda and KTM.

In an ultra competitive session under lights, the 19 riders ended within a second of KTM rider Romano Fenati, who took pole.

Among the other Mahindra-powered teams, the Peugeot branded rider Alexis Masbou was the next best at 21st followed by Platinum Bay's Karel Hanika at 23rd.

CIP's Tatsuki Suzuki was 25th followed by the other Platinum Bay rider Darryn Binder at 26th.