Leopard slams Binder for "throwing away our hard work" in Moto3

Leopard Racing has slammed MotoGP-bound Darryn Binder for ‘throwing away our hard work’ in Moto3 after he wiped out 2021 title hopeful Dennis Foggia in the Algarve Grand Prix.

Foggia came into the Algarve race 21 points down on long-time championship leader Pedro Acosta and had spent much of the Portugal Moto3 race in the lead.

Acosta overtook Foggia on the last lap into Turn 3, which would have been enough to secure the Ajo KTM rider the championship if Foggia couldn't find a way back through.

However, Binder outbraked himself behind Foggia trying to overtake third-placed Sergio Garcia and clattered into Foggia – with Aspar's Garcia also taken down in the incident.

Binder finished fourth but was subsequently disqualified from the result, and was turned away from the Leopard garage when he went to apologise after the race.

Writing on social media, Leopard Racing said: "We didn't want Darryn Binder's presence at the box because it is obvious that after deciding Dennis Foggia's chances in the fight for the championship, it should be reasonable to think that the moment wasn't the right one.

"Darryn Binder has thrown away all the effort and hard work of our team this year.

"It wasn't just a race incident. Thanks for understanding it. The most important thing is that Dennis Foggia is fine after the crash." 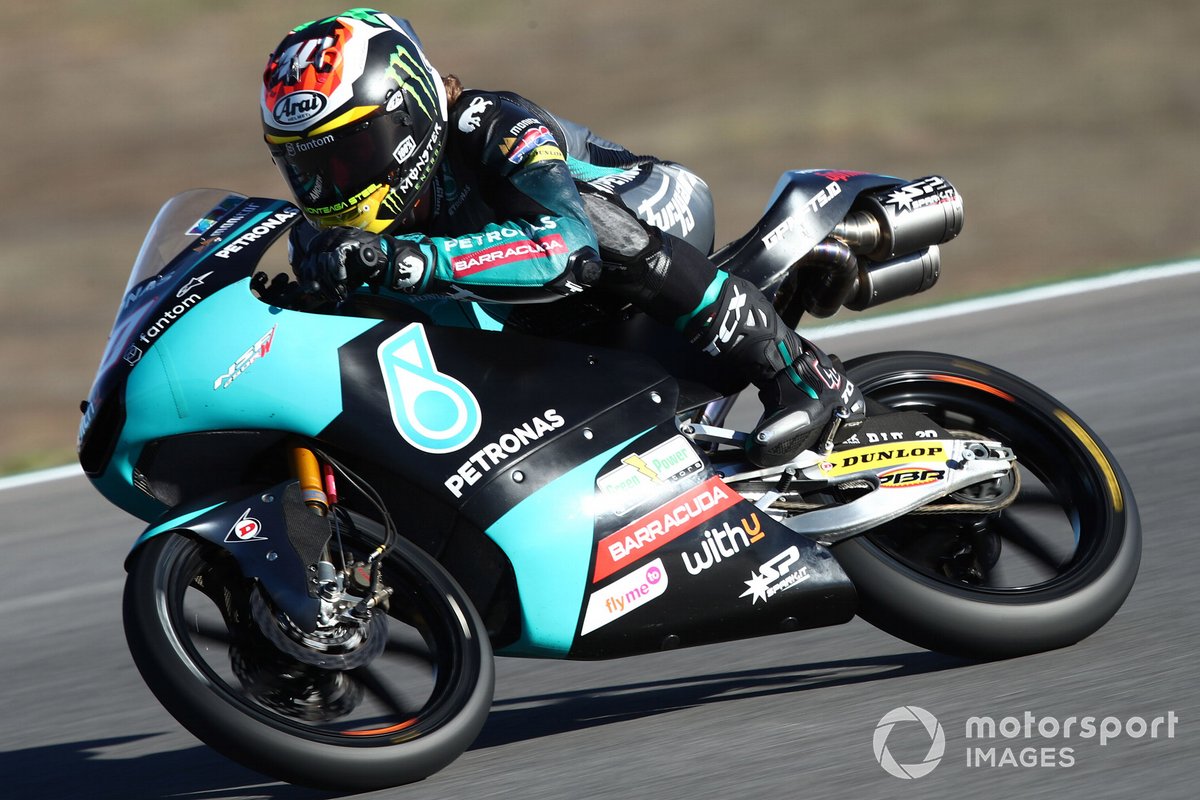 After a difficult start to 2021, in which Foggia won once and scored another podium but failed to score in five of the first eight races, the Leopard rider then won four times in the following eight to wipe out Acosta's once-massive championship lead.

Speaking to Sky Italy after the incident, Foggia's reaction was subdued, with the Italian simply expressing surprise that a rider set to race in MotoGP in 2022 with RNF Yamaha caused such a collision.

"I want to talk about the season, I am quite happy," Foggia began. "Not at the beginning, but in the second part of the season I know I was the most consistent and the strongest.

"It's a pity, because in this race I knew I had a good pace and could go away, but like in all the other races, if I was first, Pedro could be second or third and that wasn't enough.

"So, I preferred to stay there in the group, so he would come up and we would have a bit of a tussle.

"Binder caught me once and in the second one I couldn't hold it. I'm surprised because next year he'll be doing MotoGP. It's not the first time it's happened with him.

"The fact is that I was playing for the championship."