Martin ruled out of Brno after practice crash 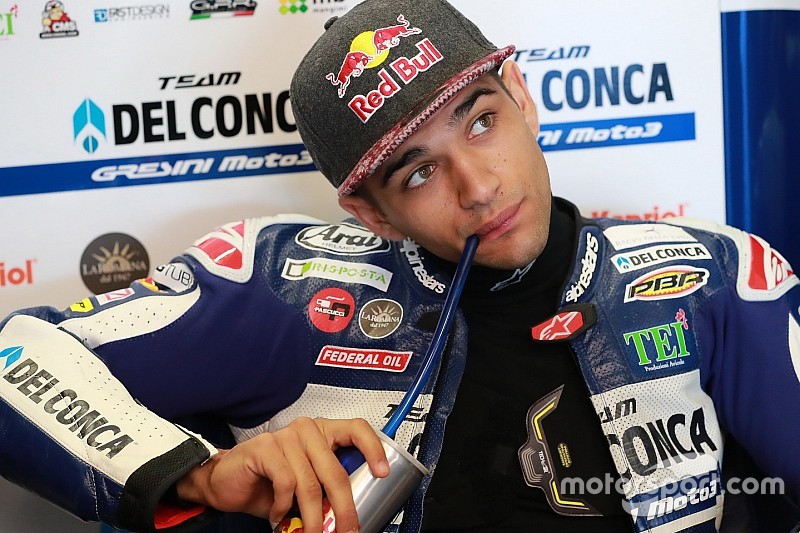 Moto3 championship leader Jorge Martin will not take part in this weekend's Brno race after fracturing his hand in a practice crash.

Martin suffered a high-side crash at the downhill right-hander Turn 10 during Friday morning's opening practice session, and was seen cradling his wrist before being taken to the medical centre by ambulance.

His Gresini team confirmed the Spaniard had suffered a fracture to his left radius in the incident.

It rules him out of this weekend's Brno race, and also puts in him doubt for next weekend's Austria race, as he is due to return to Barcelona to have surgery.

Martin holds a slender lead of seven points over Prustel KTM rider Marco Bezzecchi in the standings, despite having won five of the opening nine races of the 2018 season.

He will graduate to Moto2 next season after concluding a deal to replace MotoGP-bound Miguel Oliveira at the Ajo KTM squad next year.