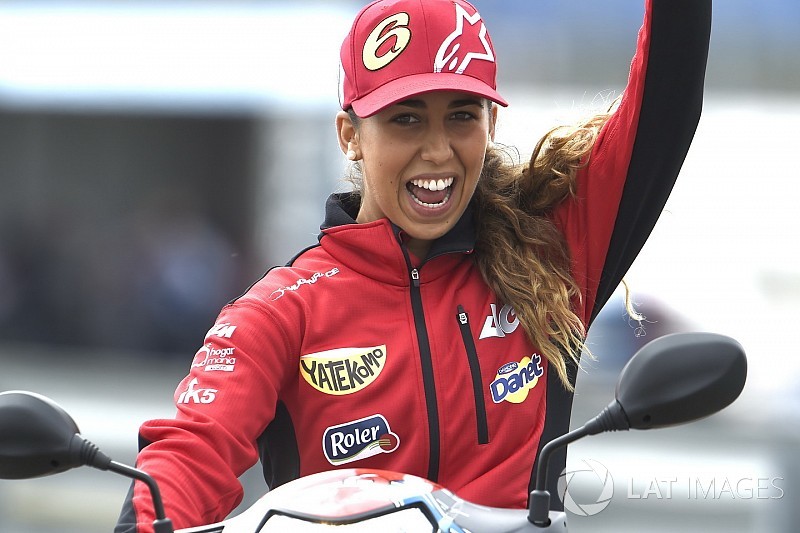 Maria Herrera will replace the injured Albert Arenas at Aspar for the Phillip Island and Sepang rounds of the Moto3 championship.

Herrera, 21, made her Moto3 debut in 2013 and has been a regular rider in the category since 2015, spending a year on a Husqvarna bike before switching to KTM.

The sole female rider currently involved in grand prix motorcycle racing, she tackled the majority of this season with the AGR Team, but lost her ride when the squad pulled out of the series after Aragon.

She missed the subsequent Japanese Grand Prix, but will team up with Aspar Mahindra alongside Lorenzo Dalla Porta for the next two rounds.

"I am very excited to be able to compete with the Aspar Team, I have always wanted to be in a good team and Alvaro Bautista [Aspar MotoGP rider] has always spoken very well about both the team and Jorge Martínez "Aspar".

"Alvaro was world champion with them, and also Julito Simon, so I have to take this opportunity.

"I do not know the bike, but I will try to adapt as quickly as possible. When I train, I do it with a bike that has a very similar chassis, and it's something that can come in handy because I have a good corner speed.

"For me Phillip Island is one of the best tracks on the world championship calendar, in my first year I was eighth in the qualifying and eleventh in the race.

"Last year I was also in the front positions, so I think it's a good opportunity for us."

It is yet to be confirmed whether Arenas will be back for the season finale in Valencia.

Herrera is currently 34th in the standings with one point to her name.