Herrera sidelined as AGR squad pulls out of Moto3 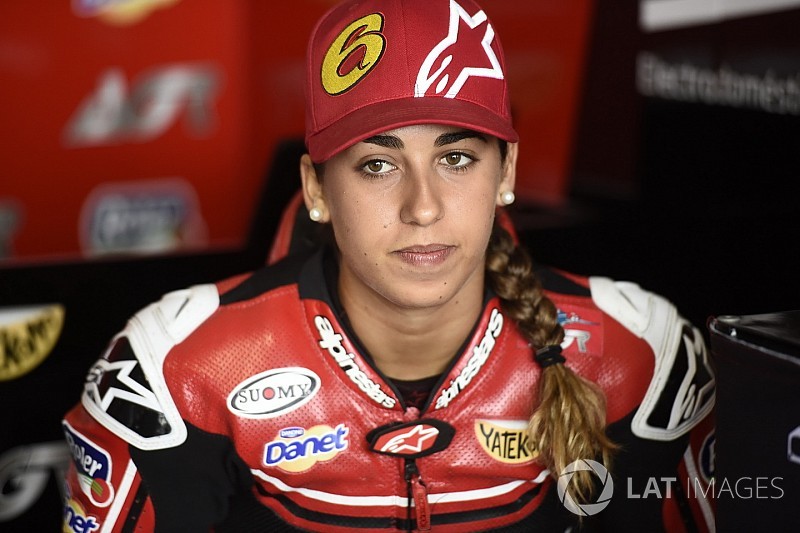 Maria Herrera faces spending the rest of the Moto3 season on the sidelines following the announcement that the AGR team will not contest the remaining four races of the year.

The Spanish squad confirmed on Monday that it will cease its Moto2 and Moto3 operations effective immediately due to financial problems, which have been exacerbated by poor results.

As well as Herrera, Moto3's only female racer, AGR's withdrawal affects American Moto2 rider Joe Roberts, who had been brought in to replace Yonny Hernandez mid-season.

Herrera's only point of the season came in Argentina, where she finished 15th, and she has been unable to contest the most recent rounds at Misano and Aragon due to a collarbone injury.

Roberts impressed on his grand prix debut at Brno by finishing 10th, but has failed to pick up any more points in the four races since.

While it was announced at Aragon that Roberts will join the RW Racing outfit for his first full Moto2 season next year, Herrera's world championship future is unclear.

The 21-year-old Spanish rider has amassed 17 points in 50 Moto3 starts since making her full-time debut in 2015, scoring a best finish of 11th in that year's Phillip Island race.

AGR's decision to withdraw from Moto2 and Moto3 does not affect its operations in CEV Moto2, where it fields a pair of Kalex bikes for Roberts and another American youngster, Jayson Uribe.