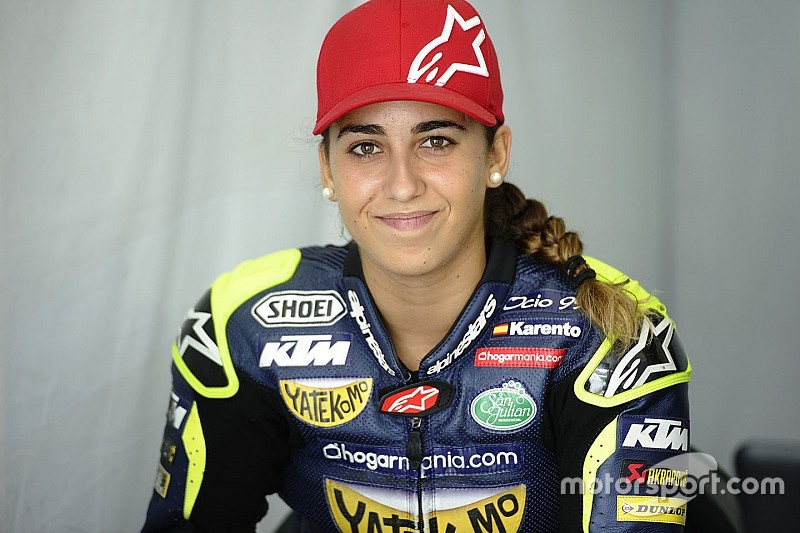 Maria Herrera has secured her place on the 2017 Moto3 grid with a one-year deal to race for the AGR team.

The 20-year-old Spaniard will continue to use KTM machinery next season, having spent 2016 representing the Austrian marque with her own MH6 squad following the collapse of the Laglisse team last winter.

Herrera however has endured a difficult season, scoring only nine points and lying 29th in the standings with a best finish of 14th.

She also fractured her right collarbone in a crash during the most recent Moto3 race at Sepang, and will therefore be absent for this weekend's season finale in Valencia.

AGR will be making its debut in Moto3 in 2017, but currently runs Marcel Schrotter and Axel Pons in Moto2. Aspar MotoGP rider Yonny Hernandez has signed to race for the team in Moto2 next year.

"First, I want to thank Karlos Arginano [team boss] for this opportunity," said Herrera. "I had quite a lot of trouble this year, as everyone knows, and this chance gives me a lot of motivation.

"It makes me look forward to 2017, because I know I’ll have the best in the garage. The atmosphere at the AGR is amazing and we’ll do our best to achieve the good results we want."

It means the 2017 Moto3 season will be the fifth in succession with female representation on the grid, with Ana Carrasco having entered the category two years prior to Herrera's full-time debut in 2015.

Having fewer Moto3 bikes in 2017 a boost, says Mahindra

Valencia Moto3: Binder comes back from 22nd to win finale