Fenati banned from racing in Austria by own team 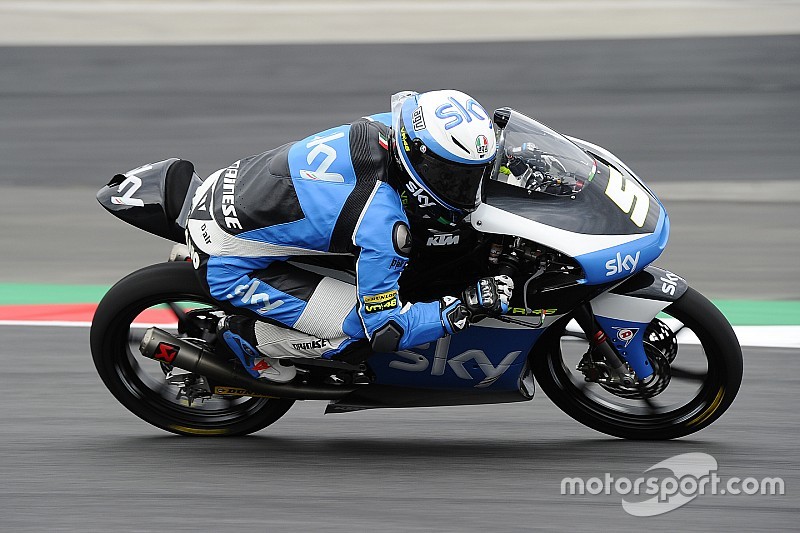 Moto3 rider Romano Fenati has been suspended by his own team after reportedly becoming abusive to his Sky Racing Team VR46 crew during qualifying in Austria.

The Italian, who sits third in the championship behind Brad Binder and Jorge Navarro, had qualified his KTM machine 11th for the Red Bull Ring race.

However, a team statement issued on Saturday evening confirmed that Fenati will not race due to disciplinary action taken by the team.

"Following repeated behaviour not in line with the disciplinary rules of a team, the rider Romano Fenati has been suspended," read the statement.

"He will not be on the starting grid of the Austrian Grand Prix."

It his unclear how this episode will affect the relationship between Fenati and the VR46 team moving forward, with the next round of the championship in Brno taking place in a week's time.

The 20-year-old was set to move up to Moto2 with the team next season.

Sky Racing will therefore field only Niccolo Bulega and Andrea Migno, who had qualified seventh and 21st respectively, in Sunday's Austrian race.

Rossi admits: We had to "give up" on Fenati