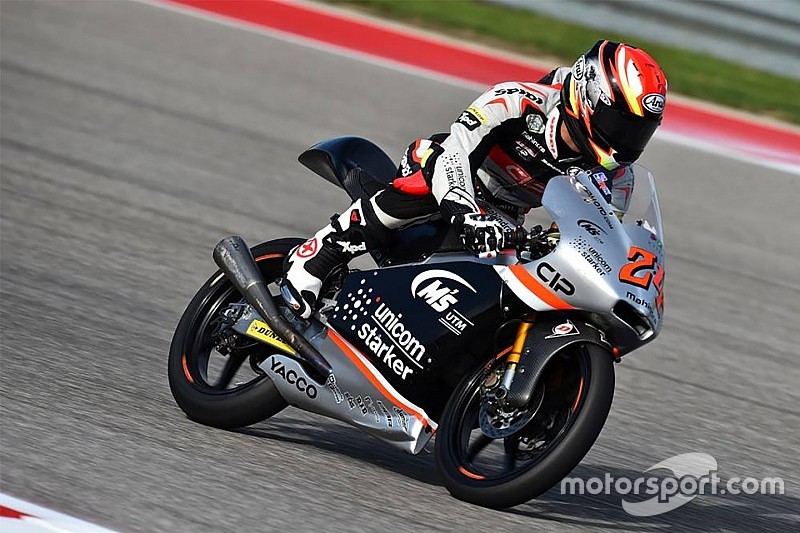 CIP's Tatsuki Suzuki was the top Mahindra rider in the Austin Moto3 qualifying on Saturday, in a rain-interrupted session.

The Japanese rider made the most of the first 20 minutes of the session, before it started raining at the Circuit of Americas.

Suzuki lapped in a 2m20.449s to slot himself at 13th, the highest Mahindra-powered rider, with sister brand Peugeot rider Alexis Masbou at 15th.

The CIP rider had a difficult practice finishing 26th in the first two sessions while 25th in the final to start the weekend but found a rhythm for a fifth row start for the race.

The changing conditions caught many riders including the Italian, who showed a better pace in dry conditions finishing 13th, eighth and 19th in the three practice session.

Platinum Bay's Karel Hanika finished behind Bagnaia at 19th, before suffering a fall during the session, just when rain started to trickle down.

The other Aspar of Jorge Martin was 20th, the Spaniard, prior to the rain interruption was running inside the top 10 but didn't have enough time to improve.

Martin, along with teammate Bagnaia also had a better traction in practice finishing 16th in the first two sessions while 22nd in the final.