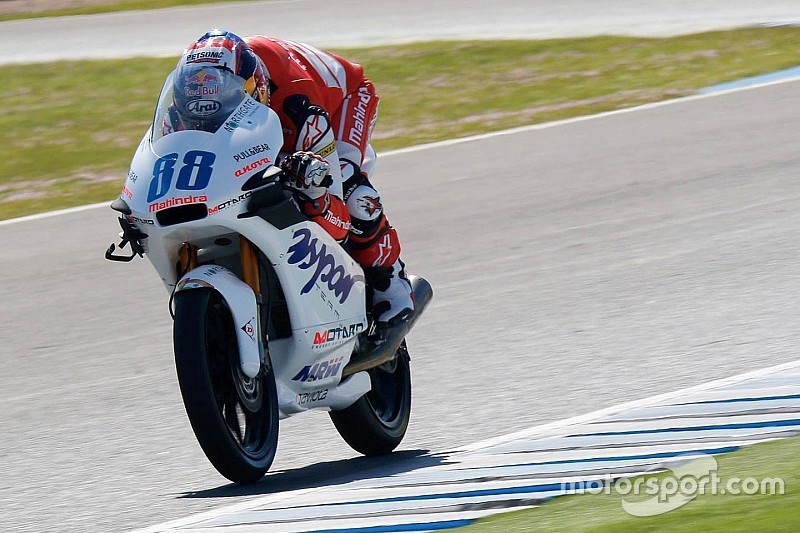 The five Mahindra-powered teams along with the factory Peugeot successfully completed the three days of official pre-season testing at Jerez.

The factory Aspar Mahindra Team riders enjoyed the testing with Jorge Martin finishing ninth fastest in the combined times, clocking a time of 1m46.894s on the second day.

The Spanish rider ended a mere 0.449s off the top time of Romano Fenati while teammate Francesco Bagnaia was 15th quickest.

On the final day of testing, the Indo-Spanish team, for the first time in the Moto3 category tested the aero winglets on its MGP30 bikes.

The Peugeot team, who are using the Mahindra bikes with their own branding, joined the Indian manufacturer in testing the winglets.

Running under the name of Peugeot Saxoprint RTG, its riders John McPhee and Alexis Masbou were classified as 25th and 28th.