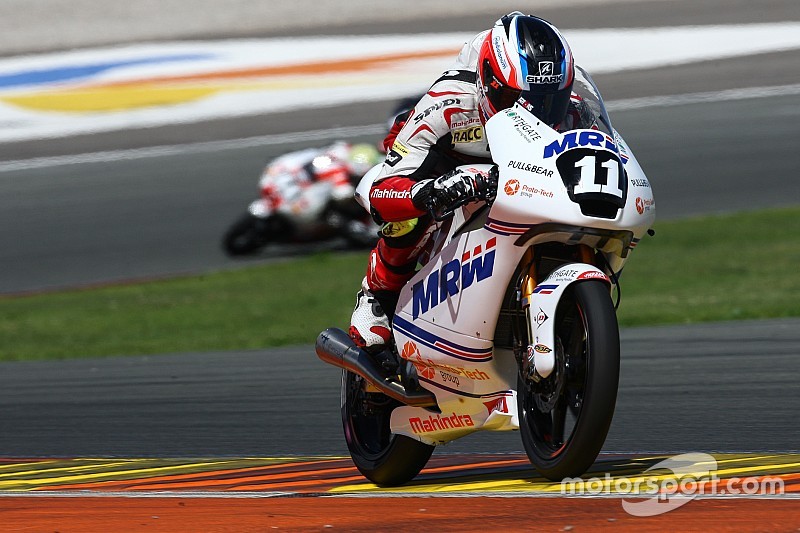 Arenas, competing with the squad in the FIM Junior Moto3 World Championship, made his debut last weekend in Valencia, finishing eighth in both the races.

The Catalan rider will join regulars Jorge Martin and Francesco Bagnaia, in the third round of the 2016 Moto3 season.

"Jerez will be my first Grand Prix with the team, it's a new bike for me so I am looking forward to learning and measuring myself against the best riders in the world," said Arenas upon the announcement.

"The most realistic objective I can have is to keep improving as a rider and get ready for the next few rounds of the FIM CEV.

"After a weekend in Valencia that in general was positive, I am looking forward to getting back on the bike and continuing to progress.”

Moto3 is not a new to Arenas, as he made is debut, back in 2014 with KTM, in the final round at Valencia, finishing 28th.

After retiring from the race in America, Martin is looking for a top 10 finish in front of his home fans in Jerez.

The Spanish rider's bike was plauged with a gearbox issue in Austin and he hopes that the Indian constructor can get him a new one for the weekend.

"Hopefully, we can find a quick solution to the problems we are having with the Mahindra gearbox at Austin.

"I couldn't find fifth and that is crucial. I hope we can get a new gearbox soon so that I can keep fighting, because otherwise it will be difficult."