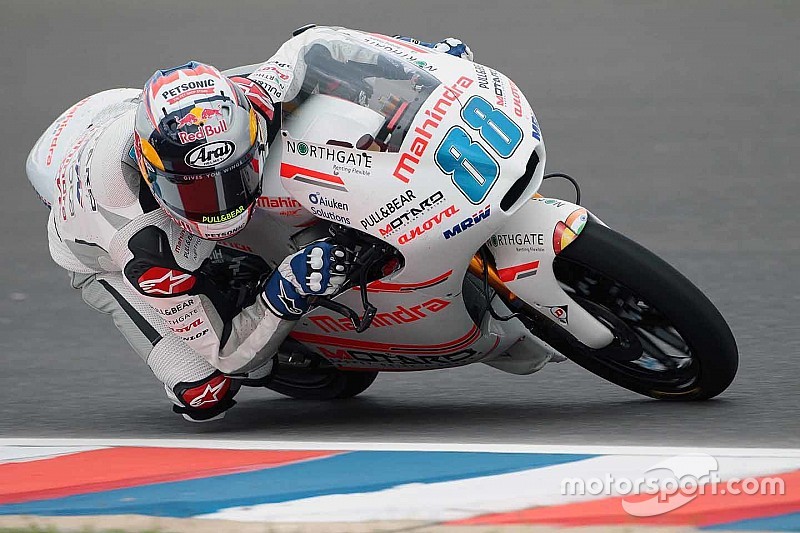 However, in qualifying, he couldn’t keep up with the leading pack, setting a time that was 1.3 seconds off pole-sitter Brad Binder.

The Spanish rued the gearbox issue for the lack of pace in qualifying. "I was hoping for a good qualifying but we were denied by a problem with the gearbox," he said.

"And I lost three or four tenths on my best lap. Without that we could have been starting from eleventh or twelfth, which would have been an acceptable position."

Meanwhile, Qatar podium finisher Francesco Bagnaia was involved in a multi-bike pile up at turn 2, leaving the Italian driver a disappointing 24th with a time of 1m51.408s.

Along with Bagnaia, the other Mahindra riders to fall when the flag came out were Team Italia's Lorenzo Petrarca, who finished 31st and Platinum Bay's Karel Hanika finishing 32nd.

Hanika was handed a three-place grid penalty to his original qualifying position of 29th. His teammate Darryn Binder ended 30th, after surviving a fall at the start of the session.

The leading CIP was Tatsuki Suzuki in 27th position, setting a time of 1m51.474s with teammate Fabio Spiranelli 33rd.