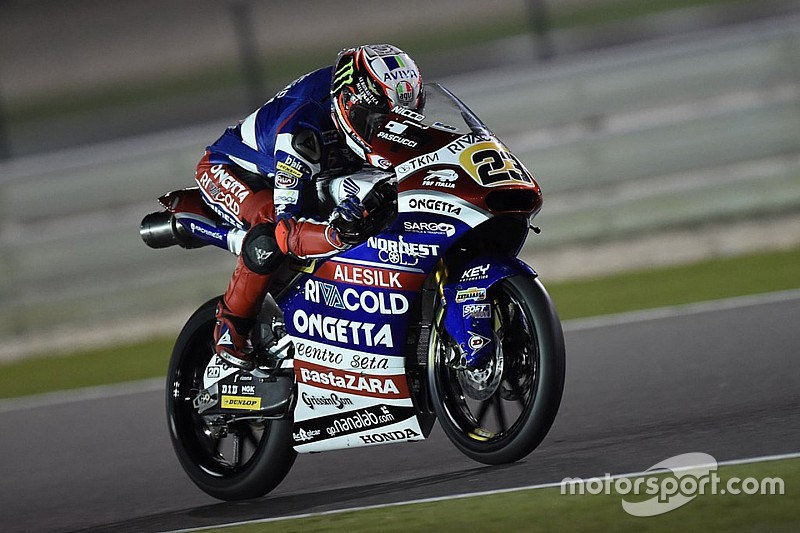 Loi had topped the timesheets on the second day of the three-day Losail test with a 2m05.824s, which stood until the ninth and final session of the test, when Ongetta Honda rider Antonelli took control.

The Italian left it late to set the benchmark time of 2m05.444s, 1.2s faster than he had managed on Saturday, demoting Loi (RW Honda) to second.

Leopard KTM rider Fabio Quartararo also enjoyed a spell at the top of the times on Sunday before slumping to third in the closing stages, narrowly edging Jorge Navarro's Estrella Galicia Honda, which set the pace on the opening day.

Brad Binder (Ajo KTM) had topped the penultimate session on Sunday, but could no better than fifth in the end, just 0.011s up on leading rookie Niccolo Bulega (Sky KTM), the only other man in the 2m05s.

Aspar's Jorge Martin was best of the Mahindra contingent in 17th place, 1.2s seconds off the pace, ahead of Maria Herrera (Laglisse KTM) in 18th.