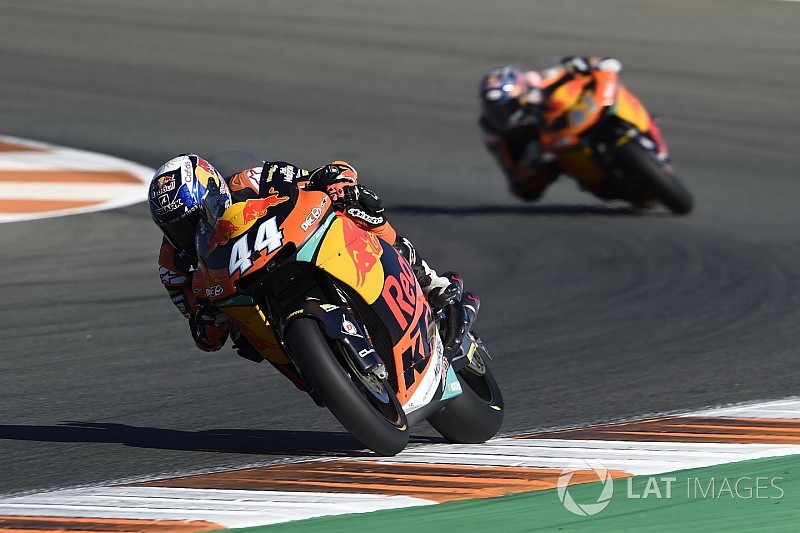 Miguel Oliveira claimed his and KTM's third consecutive win in the Moto2 season finale at Valencia after a late pass on champion Franco Morbidelli.

The race started with a duel between Marc VDS duo Alex Marquez and Morbidelli, although the latter squandered a better start after running wide in the first two corners.

Marquez led early on from pole, but was eventually demoted by Morbidelli on Lap 3.

The Spanish rider was also passed by Italtrans man Mattia Pasini, but Marquez fought back a lap later and the Italian soon crashed out.

That promoted KTM duo Oliveira and Brad Binder into third and fourth, and the former soon starting to put pressure on Marquez for second.

It took Oliveira five laps to make a move and by the time he was up to second, Morbidelli had  built a two-second lead.

Oliveira slowly closed the gap down to one second before starting to quickly catch up with Morbidelli, and eventually took the lead with a forceful move at Turn 4 with six laps to go.

Six riders retired from the race, including Xavi Vierge from seventh, Xavier Simeon, who will move to MotoGP next year, Jorge Navarro, Sandro Cortese, Ricky Cardus and Stefano Manzi.