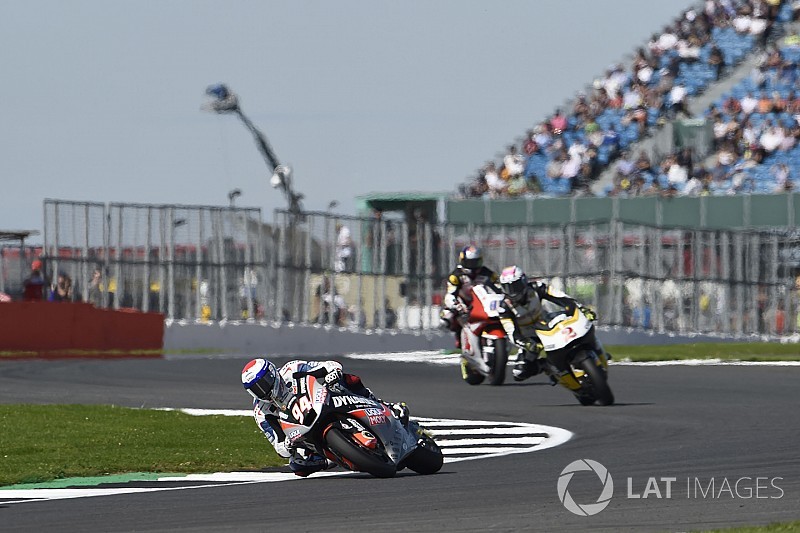 Forward Racing has announced that it will use Suter bikes in the 2018 Moto2 season, despite the Swiss manufacturer recently announcing its departure from the series.

Suter, one of the main manufacturers of Moto2 since its creation in 2010, announced its withdrawal from grand prix motorcycle racing's middle category after one of its two 2017 teams, Kiefer Racing, switched to KTM machinery.

However, Forward Racing, which has used Kalex machinery since 2014, has revealed that it will switch to Suter for next season, and will carry out a "stimulating test programme" with a focus on 2019.

Forward has been a Moto2 team since 2010, and was using Suter bikes for three years before switching to Speed Up for one season, and then using Kalex since 2014.

"I'm very happy to work again with Suter Industries, which were already a vital part at the beginning of our Moto2 experience," said Forward boss Giovanni Cuzari.

"This is a return to the [team's] origins; I still have very good memories of these years, the start of everything, a period of hard work that has rewarded us with fantastic results.

"During my latest visit to the headquarters, seven years after my last trip to Turbenthal, I saw great progress and a lot of investments made by this company and I think that Suter Industries is the only engineering in the championship that could bring important updates race by race."

Suter staying means the 2018 Moto2 field will have six different chassis, along with Kalex, KTM, Speed Up, Tech 3 and NTS.