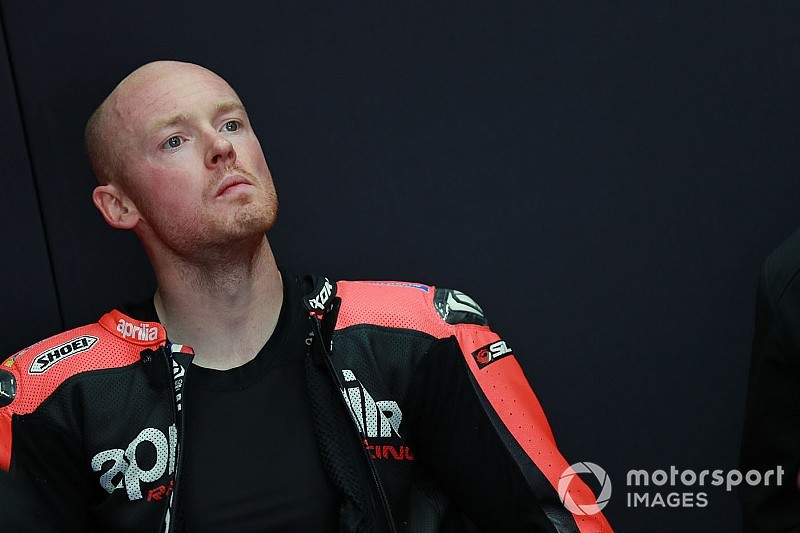 Aprilia MotoGP test rider Bradley Smith will return to the Moto2 class in place of the injured Khairul Idham Pawi at Petronas SRT at next weekend’s British Grand Prix.

Pawi injured his hand in a crash at the Spanish Grand Prix in May, and has been substituted by the likes of Mattia Pasini and former Tech3 MotoGP rider Jonas Folger at the rounds since.

One-time MotoGP podium finisher Folger has deputised since the Catalunya race, but has found his time in the class difficult, failing to score points at any of the five races he has contested.

Smith races for the SRT team in the MotoE World Cup under the One Energy Racing banner, and sits second in the standings following podiums at the first two rounds in Germany and Austria.

“Honestly, it’s going to be quite strange to jump onto a Moto2 bike for the first time since 2012, because the championship has changed quite a lot,” said Smith, who is yet to ride the new Triumph-powered Moto2 machines.

“I’ve followed the changes very closely with the new engine and a little more torque and power, but it’s still going to be very different for me.

“I’m excited for the opportunity though! I had a fantastic time last year at the British Grand Prix, qualified really well, and missed out being able to race in front of the fans, so to be able to turn up for my home race again will be amazing.

"My target for the weekend is to have fun, to do the best I can, and to come away on Sunday with something to be proud of.

“I’ve got no idea how it’ll work, having to learn a bike, a track and tyres on a normal GP weekend, but it’s something I’m very excited for.”

Smith has contested three grands prix already this year for Aprilia in MotoGP as part of his deal with the Italian marque as its official test rider.

He qualified eighth on the grid in a wet session at Silverstone last year aboard the KTM, though never raced after the event was abandoned due to safety issues with the circuit’s new surface.

Smith has enjoyed podium success at Silverstone in his junior career, finishing third in the 2010 125cc race, before going one better in his debut Moto2 campaign the following year.

He is expected to make two further wildcard appearances in MotoGP this season.