Valentino Rossi's Sky VR46 rider development programme has announced line-ups for its Moto2 and Moto3 teams for the 2019 season.

Nicolo Bulega, who has raced for the team in Moto3 for the past three years, will be promoted to the intermediate class, replacing current championship leader Francesco Bagnaia – who will join Pramac Ducati in MotoGP.

“After three seasons in Moto3, I am ready to undertake this new adventure, full of expectation, motivation and energy,” Bulega said.

“I will give the maximum and I am quite happy to have Sky Racing Team VR46 at my side again at a key moment of my career.”

The 18-year-old Italian was a superb seventh in his rookie season, but slumped to 12th in his sophomore year and has endured a terrible third campaign so far – scoring just seven points in 12 races.

In Moto2 he will line up alongside the retained Luca Marini, Valentino Rossi's half-brother, who has enjoyed a breakthrough season in the category this year.

Bulega's current teammate Dennis Foggia will remain in the Moto3 roster, and will be paired up with Celestino Vietti Ramus.

The 16-year-old Vietti, like Bulega, is a former Italian PreMoto3 champion, and sits 10th in the current Spanish Moto3 standings.

Team manager Pablo Nieto said: “Thanks to Pecco [Bagnaia], we are succeeding in our objective and, next year, the first time a rider who grew up with Sky Racing Team VR46 will be in MotoGP and with a quite competitive bike.

“We enjoy this great satisfaction, but at the same time, it pushes us forward to continue to sustain young Italian riders in our team with the same passion and professionalism.”

Two more Italian youngsters – Lorenzo Dalla Porta and Tony Arbolino – have had their 2019 plans firmed up earlier this month.

Dalla Porta, who took his maiden Moto3 win last time out at Misano, will continue with Leopard, while Arbolino has re-signed with Marinelli Snipers, where he will be joined by Kazakh rider Makar Yurchenko. 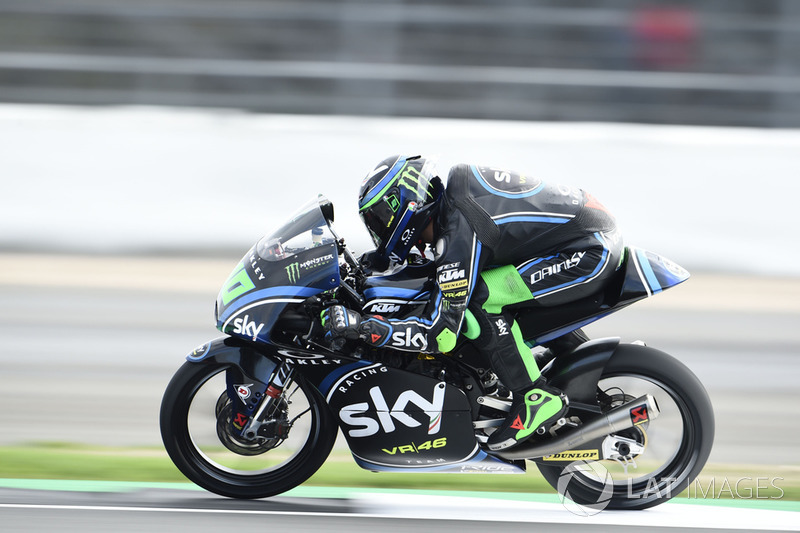