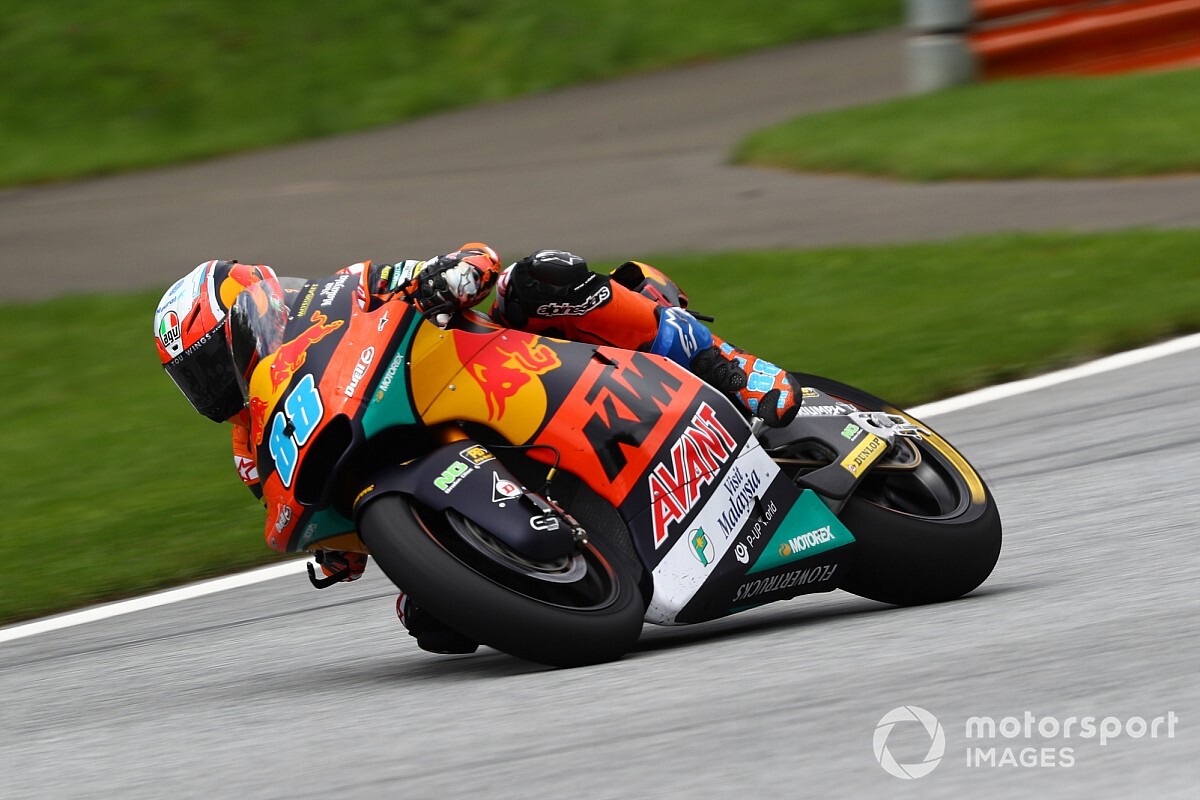 Jorge Martin dominated a shortened Austrian Grand Prix to claim his first Moto2 win, after the race was red-flagged for a horror incident for Hafizh Syahrin.

The Malaysian was taken to the medical centre for checks, where he is reported to have only suffered some bruising having not lost consciousness at any point during the incident.

Edgar Pons (Gresini) hit some debris from the demolished bikes and was sent into Honda Team Asia's Andi Farid Izdihar – both of whom unable to take the restart along with Syharin and Bastianini.

Having led from second on the grid in the early laps, Ajo KTM rider Martin started from pole for the 13-lap restart and assumed control from the off ahead of VR46 rider Luca Marini.

Martin and Marini quickly opened up a gap of over a second to the chasing Remy Gardner in third.

The SAG rider and poleman's podium charge ended on lap five of the restart when he crashed at the first corner.

At the front, Martin had extended his advantage over Marini to eight tenths, with that gap continuing to ride to over two seconds in the final tours.

Martin would come under no threat on the run to the chequered flag to secure his maiden win in the Moto2 class, while Marini claimed a smart second position to take a five-point lead in the championship.

Gardner's accident left Marcel Schrotter in a comfortable third on the Intact GP Kalex, with the battle behind between Xavi Vierge, Sam Lowes and Marc Bezzecchi ensuring Schrotter would go unchallenged.

Vierge led that battle for fourth on the final lap, with contact between Marc VDS' Lowes and VR46 rider Bezzecchi on the straight between Turns 3 and 4 seemingly giving the Petronas Sprinta rider the breathing space he needed.

But Lowes reeled in Vierge through the final few corners and overhauled Viegre on the run to the line after the latter made a mistake at the last corner to grab fourth, with Bezzecchi sixth.

Bezzecchi's contact with Lowes left the former incensed on the cooldown lap, with the pair exchanging views as they rode back to pitlane.