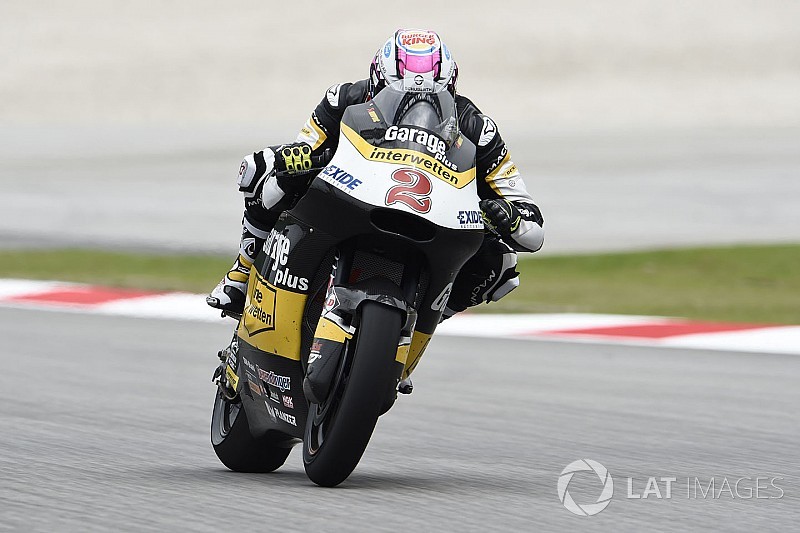 Moto2 regular Jesko Raffin has been denied a slot on the 2018 grid of the championship due to a "lack of consistent good results", Motorsport.com has learned.

Swiss rider Raffin, 21, is in his third full Moto2 season, riding for the CGBM Evolution squad under the 'Garage Plus Interwetten' banner.

The former CEV Moto2 champion lies 19th in the points ahead of next weekend's Valencia finale, having recently taken a career-best finish of fourth place at Phillip Island.

However, despite Raffin having a valid contract with CGBM for the 2018 season, the team's application for a grid slot has been rejected by the IRTA (International Road Racing Teams' Association) selection committee.

When contacted by Motorsport.com, an IRTA spokesperson said: "The decision was based on his lack of consistent good results during his several years in the championship."

A request for comment from the team has yet to be returned.

Raffin's likely absence from the 2018 Moto2 grid means CGBM, which had been planning to field three KTM machines next season, only has guaranteed entries for Sam Lowes and Iker Lecuona.

Lead CGBM rider Thomas Luthi will be replaced by Ricard Cardus for what would have been the Swiss rider's final Moto2 race in Valencia.

Luthi was forced to skip the previous round at Sepang after fracturing his ankle in a qualifying crash, conceding the title to Franco Morbidelli in the process, and opted to undergo surgery.

As well as missing the final Moto2 race of the season, Luthi will also be forced to skip his maiden MotoGP test outing for the Marc VDS Honda team he races with next year.

CGBM has chosen Cardus, who filled in for an injured Brad Binder at KTM earlier this year, to stand in for Luthi aboard the CarXpert Interwetten bike.