Full entry lists for both the 2021 Moto2 and Moto3 seasons have been revealed, confirming the full rider line-ups for both MotoGP's support classes for the coming season. 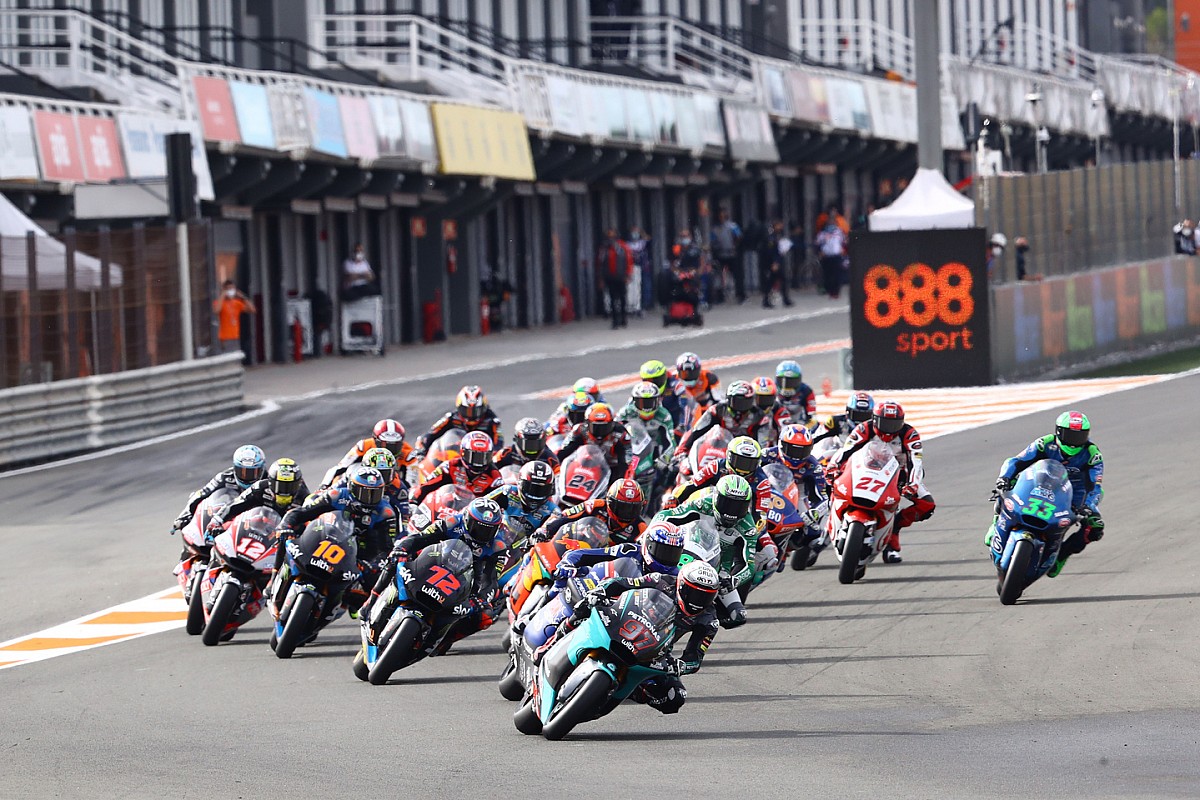 The Moto2 entry list is once again dominated by Kalex machinery, with the German manufacturer supplying 22 of the 30 bikes that will race in the intermediate class.

Speed Up will again have four bikes, while MV Agusta and NTS will have two apiece.

With Enea Bastianini, Luca Marini and Jorge Martin all stepping up to MotoGP next year, Sam Lowes is the highest-placed returnee next season, and will remain in an unchanged line-up at the Marc VDS squad alongside Augusto Fernandez.

Marco Bezzecchi had been approached by Aprilia about a step up to the premier class next year but will instead remain at the VR46 team for another season, with Celestino Vietti making the move up from Moto3 to partner him in place of Marini.

While the Moto2 entry list is stable for 2021, the Moto3 grid will slim down to just 28 bikes from the current level of 31 with the disappearance of the VR46 and Monlau teams.

Their loss is partly offset by Avintia expanding to a second bike.

Honda is now down to 12 bikes, while KTM will supply the remaining 16, of which four will be entered under sub-brands Husqvarna and GasGas.

With the top five riders from this year's standings all moving up to Moto2, Jaume Masia is the highest-placed returnee, albeit switching from Leopard Honda to Ajo KTM.

Of this year's other race winners, John McPhee and Darryn Binder will be teammates at Petronas Sprinta Honda, Dennis Foggia stays at Leopard, Tatsuki Suzuki will remain at SIC58 Honda, and Romano Fenati will return for another season with Max Racing Team Husqvarna.