MotoGP rookie Raul Fernandez believes he is “morally champion” of the 2021 Moto2 season and suggests the Ajo KTM squad stood in his way during his title tilt.

Fernandez stunned in his rookie Moto2 season this year, winning eight races – surpassing Marc Marquez's haul of seven from his debut Moto2 campaign in 2011 – and narrowly missed out on the championship by four points to Ajo teammate Remy Gardner, who won five times.

Both riders will step up to MotoGP in 2022 with Tech3 KTM, with the pair on track on Thursday and Friday at the two-day Jerez test.

In an explosive interview with the Spanish language edition of Motorsport.com, Fernandez says, "nobody knew how to guide us" and feels he is more deserving of the championship.

"It is clear that I have not been the champion, but morally I have in my head that I have achieved something that costs a lot," the Spaniard said.

"The problem we had is that my whole team, and when I say my team I mean my mechanics, who I was very lucky to find such a special group, were inexperienced and nobody knew how to guide us.

"And that's why today we don't have the championship crown, but morally it has been proved by the result that I am the strongest rider, with more wins, poles, fastest laps...

"Remy is the champion, he has scored more points, but really with the speed we had and being a fish that swims against the current, I honestly feel morally champion.

"What we have done being all new and getting to know each other this year, it's impressive." 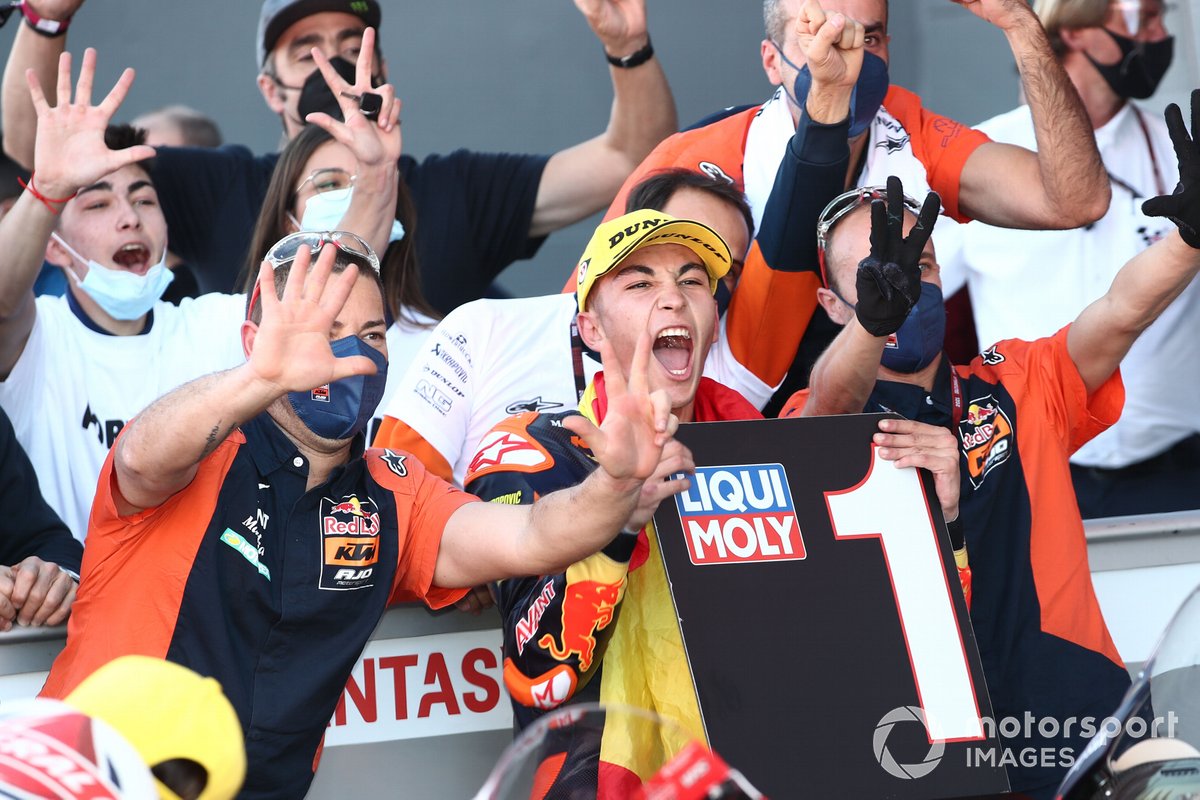 When pressed on what he meant about not being guided properly, Fernandez added: "It is very easy to answer, I have lacked a hand to guide us, a hand to tell us, like little children before they trip over a stone, to be careful.

"It's very nice to talk about being a champion when you've been in a category for six years, saying that I've been smarter.

"No, you haven't been smarter, you've been the one who has had the fewest stones put in your way."

Asked if those "stones" were placed in his way by the team, he said: "Yes. Everyone can understand it as they like, but we know it.

"It has cost us sweat and tears. In the middle of the year we talked and all of them [my mechanics] were having a hard time, we were all looking forward to the end of the season.

"In the end everyone understands what they want and I'm not going to go into the details of what happened."