Luthi weighing up Moto2 return for 2019 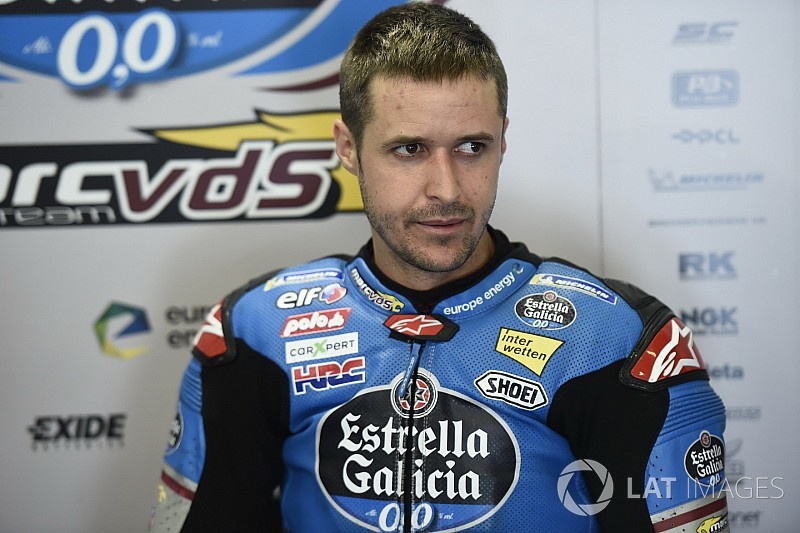 MotoGP rookie Tom Luthi says he is considering a return to Moto2 if he is unable to remain in the premier class for a second season next year.

Marc VDS Honda rider Luthi is one of two riders yet to score points in 2018, having struggled to get to grips with MotoGP machinery after a mammoth 11-year stint in the intermediate class.

While the 32-year-old Swiss is aiming to retain a place in MotoGP, his team faces an uncertain future and there are few - if any - other vacant spots remaining on the grid.

“It is very early, but sure, it is in my head the future, where it goes, what is going on,” Luthi told Motorsport.com. “Not only the MotoGP class.

"Everything starts in the MotoGP class, factory [teams], and then all the rest, even the Moto2 and stuff like this.

"So for sure my manager is on full power now. [I’m] trying to give all the work for the future to him and [I] try to have an empty head for my job on the bike.

“Sure, I had also the Moto2 class in my head already, I had to. Moto2 could be an option but my first goal would be to stay in the MotoGP class to get more time, to get better, to learn, to understand it.

Luthi has cited his struggle to adapt to the premier class as the explanation for the pace deficit to teammate Franco Morbidelli, who is 16th in the riders' standings having scored points in all bar one race.

He believes he is making progress with the bike but feels a second season is what he needs to unlock his potential.

“At the moment the time is running a little bit away, yes, that is what I feel. But I try to put it away, focus on the job and try to make bigger steps forward.”