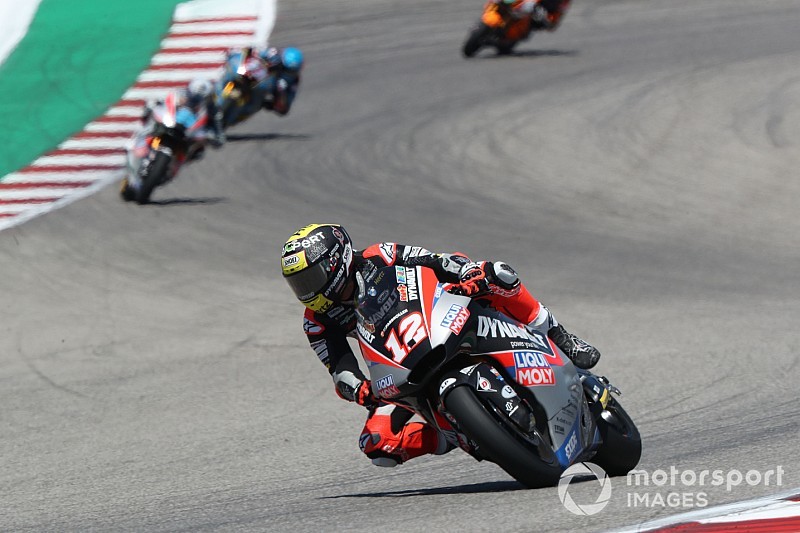 Tom Luthi has described his tough season in MotoGP as a "good school" for his return to Moto2 this year, following his victory last weekend at Austin.

After a mammoth 11-year spell at 250cc/Moto2 level, Luthi finally made the step up to MotoGP in 2018, but struggled to adapt to his Marc VDS Honda bike and faced further problems as a rift developed between team owner Marc van der Straten and team boss Michael Bartholemy.

The Swiss rider ended the year without a point to his name, and with Marc VDS dropping off the MotoGP grid for 2019, he was unable to land another ride in the premier category.

Instead he dropped back down to Moto2 with the Intact GP squad, scoring a close second on his return to the class in Qatar and then claiming a dominant victory at the Circuit of the Americas.

"Racing in GP is like a thing [made] of many bricks, which need to be together to reach the goal finally," said Luthi. "It’s a team effort. Also you need to believe in yourself.

"It’s a mental sport and a team sport. I think this is the biggest difference. Last year it was very difficult because the team was falling apart, and anyway it was a big challenge for me with the bike in MotoGP. Finally it was an impossible mission.

"I had to put this behind, work hard over the winter, focus, and I found a new team where the people really believe in me and this was a big motivation for me. This is finally the result."

Luthi's return to Moto2 coincides with the introduction of a new 765cc three-cylinder Triumph engine, which replace the old 600cc Honda units and have made the intermediate class machines more similar to ride to their MotoGP counterparts.

Asked whether there were lessons he learned in the premier class applicable to Moto2, Luthi replied: "To ride a MotoGP bike you need to think about so many things, not just riding. You need to think tactics, with all the electronics and so on. It’s quite difficult.

"This was a good thing to learn to be [back] in Moto2. I wouldn’t say it’s easier to ride a Moto2 bike on the limit; if you ride a bike on the limit, it’s on the limit. It doesn’t matter how big the bike is. You need to have the feeling. 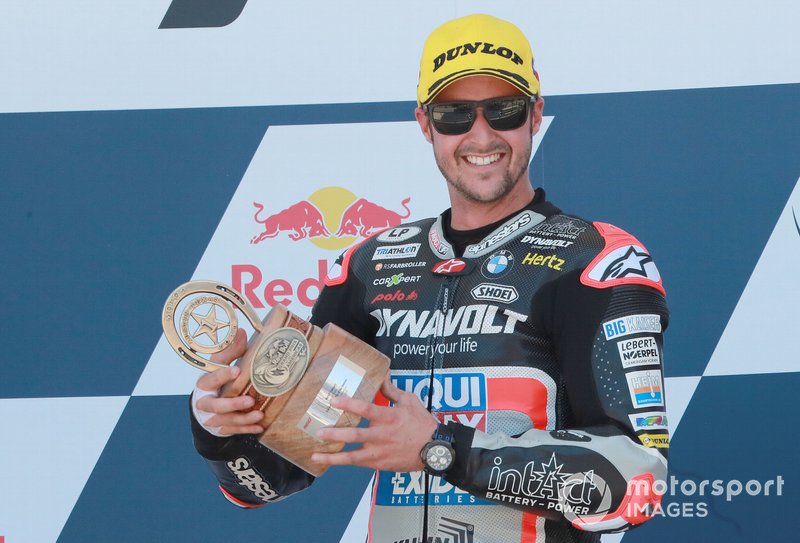