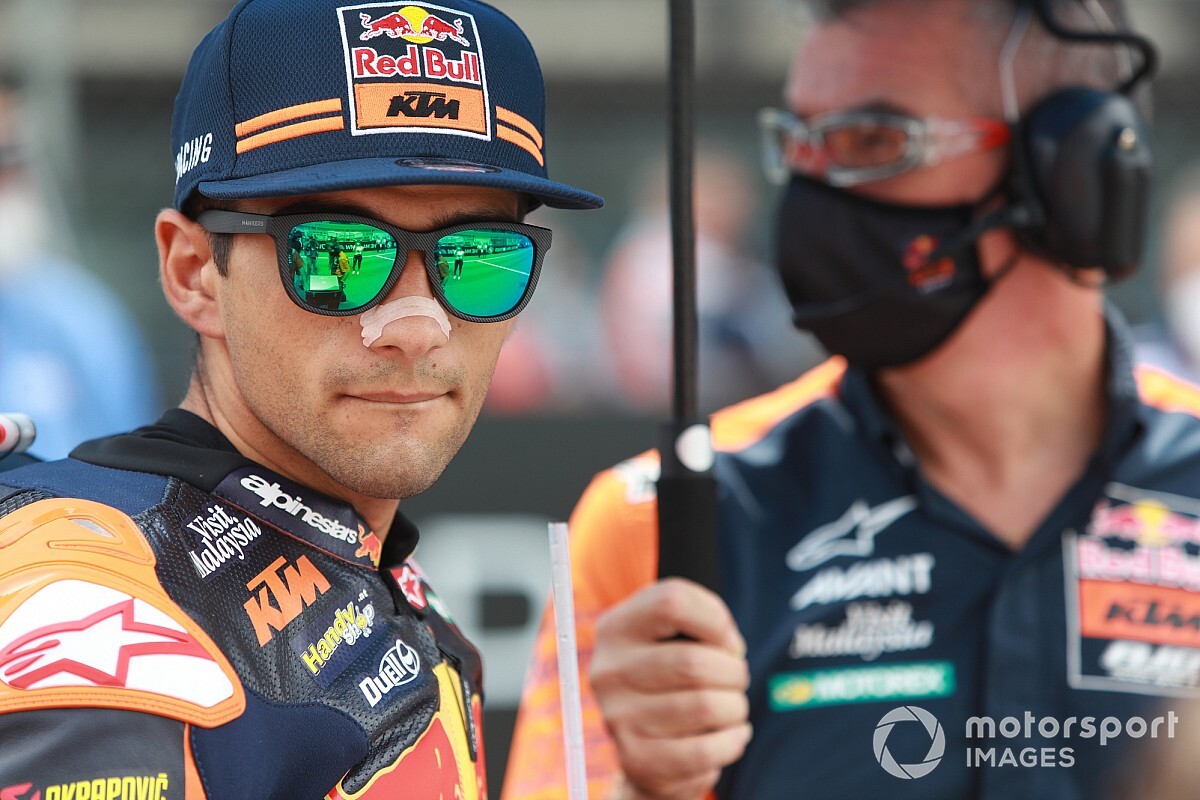 MotoGP has put into action numerous safety measures to quell the spread of COVID-19 within the paddock, including restricted access, regular testing, enforced wearing of masks and social bubbles being employed.

So far, the MotoGP paddock has only had one positive COVID-19 test since the season began, a television worker, and those in close contact were put into self-isolation during the Czech Grand Prix weekend.

However, Moto2 title protagonist Martin will miss this weekend’s San Marino Grand Prix at Misano at least after testing positive for COVID-19.

A statement from his Ajo team read: “Jorge Martin has been unable to travel to Misano due to a positive test for COVID-19.

“The Spaniard feels well and is quarantined at home, respecting the safety protocols of the health authorities.

“Red Bull KTM Ajo Moto2 team hope that he will be able to make a speedy return to the paddock to continue the great work done at recent rounds.”

A statement from MotoGP promoters Dorna Sports also confirms a mechanic from another team also tested positive for COVID-19, but – like Martin – is asymptomatic and is isolating at home.

Martin is expected to step up to MotoGP in 2021 with Ducati after agreeing a deal with Pramac – though it is yet to be made official.

Martin isn’t the only high-profile competitor in motorsport to have been sidelined by the illness.

Racing Point’s Sergio Perez was forced to miss the British and 70th Anniversary Formula 1 Grands Prix at Silverstone as a result of a positive COVID-19 test, while NASCAR legend Jimmie Johnson missed the Brickyard 400 in July because of the virus.

This weekend’s San Marino GP and the Emilia Romagna GP at Misano next weekend will be the first MotoGP event in 2020 to host fans, with organisers hoping for up to 10,000 across each day.

It is understood a leading Moto3 rider has also tested positive for COVID-19, though the team and MotoGP are currently awaiting the results of a third test after the first came back positive, while the second was negative. Results for this are expected on Friday.

MotoGP has undertaken over 14,000 COVID-19 tests since July and all cases have been safely identified.