Remy Gardner says his Tech3 MotoGP teammate Raul Fernandez’s claims that the Ajo team stood in his way in their Moto2 title battle are “bullshit”.

Gardner beat rookie teammate Fernandez to this year's Moto2 crown in a battle that went down to the wire, with the former taking the crown by four points despite winning five races to Fernandez's eight.

In an interview with the Spanish language edition of Motorsport.com, Fernandez says he was the "moral champion" and that the Ajo team made it harder for him to win the championship.

Following the opening day of the post-season Jerez test on Thursday – in which both riders rode the Tech3 KTM for the second time having debuted on it at Misano in September – Motorsport.com asked Gardner for a response to Fernandez's comments.

"Who's the champion?," Gardner began. "He can think what he thinks, but I think the team gave us both a fair shot at it and the better man won on the track.

Gardner ended Thursday 2.8 seconds off the pace and over a second down on teammate Fernandez.

The Australian says the hardest aspect of the MotoGP bike to get used to from Moto2 is the electronics and the acceleration of the RC16.

He also revealed he suffered problems with the ribs he broke at Portimao two weeks ago, which physically hindered him on the bike on Thursday. 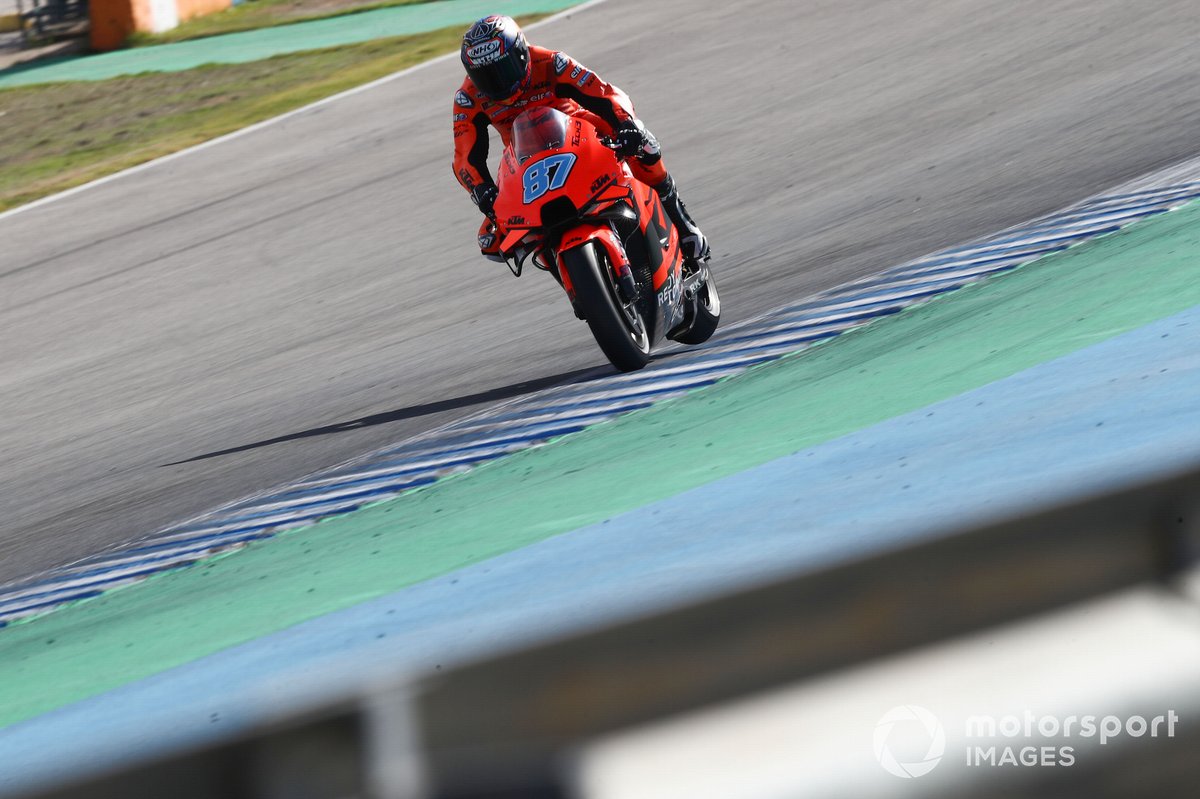 "I don't actually have to modify anything, but trying to get the team to go in the right direction is hard to describe and translate at the moment, let's say.

"But that's probably the hardest thing.

"For the sure there's a lot harder braking for sure, but for me the acceleration and keeping the front wheel down and getting your body over the front wheel.

"But I'm sure I'll know about it tomorrow or after Friday what muscles are hurting and what muscles I need to improve.

"But I mean, also the more time you ride the bike the more relaxed you get as well and the less stressed you are on top of it.

"So, it all comes with time. My ribs are really, really sore. They kind of cracked today on the bike. I was trying to finish a good lap and I felt a crack underneath me.

"It's really sore. I went back out to finish the day but I'm in a lot of pain."